The awards recognise the efforts and contribution of legislators in Maharashtra 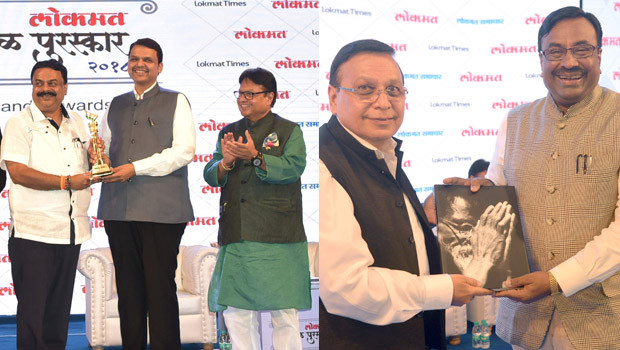 Lokmat, a popular newspaper in Maharashtra, organised the Lokmat Vidhimandal Puraskar to once again recognise the efforts and noteworthy contribution of legislators in Maharashtra in the presence of Devendra Fadnavis, Chief Minister of Maharashtra.

The awards were given across four categories to the most deserving legislators of Maharashtra.

Speaking at the award ceremony and Lokmat’s initiative, Chief Minister Fadnavis said, “I would like to thank Lokmat Media Group for this initiative to recognise the efforts of elected representatives. Every party leader tries to do the right thing for the state in conforming to their assigned role. In Maharashtra, every leader freely expresses their honest views in the House. Also beyond the House, each leader maintains a cordial relation. I request media houses to highlight the healthy debate which goes on for hours.”

“The Parliament and the State Legislatures are looked upon as the temples of democracy. Many important laws for the welfare of the people are passed here. The Maharashtra Legislature has set standards for other legislatures in the country to follow. With such initiatives, we at Lokmat wish to uphold the importance of democracy by honouring the contribution and efforts of the legislators of Maharashtra. This goes with our ethos of the organisation as we believe in highlighting good work done by all segments of society,” said Rishi Darda, Joint MD and Editorial Director, Lokmat Media Group.