With Indira IVF, Blush tells women how being a mother is a choice 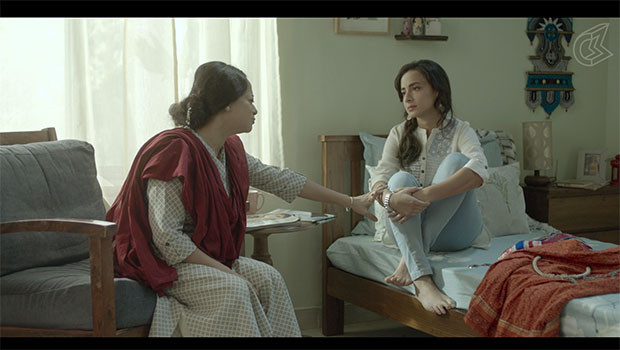 Indira IVF, in collaboration with Culture Machine’s digital channel ‘Blush’, released a video titled ‘The Choice’, as a part of Blush's on-going Mothers and Daughters series.

The video mirrors the dilemma every woman faces after getting married; those unwanted comments from neighbours and aunts are also a part of the package post-marriage. However, becoming a mother should always be a matter of choice. Indira IVF empowers women to exercise this choice even at a later stage in life.

Explaining the idea behind the video, Blush said, “The purpose is to raise awareness among women on alternative choices that modern-day technology has made available, IVF being one of them. The idea is to encourage women to explore non-traditional choices with ease, and bravely discover them sans prejudice and inhibitions.”

Adoption is never considered an option and women, who choose alternatives to become a mother, are often ostracised from the society. The video shows a candid dialogue between a daughter and mother, exploring and accepting these once unavailable options.

Nitiz Murdia, Marketing Director, Indira IVF, said, “In India, childbearing is the primary goal of marriage, and women are expected to begin having children shortly after they’ve married. Oblivious of scientific methods, these women experience immense stress, eventually leading to an emotional breakdown and physical suffering. Through our association with Blush, we aim to dispel myths surrounding IVF treatment and educate those women who have decided and have made the choice to experience the joy of motherhood.”