Conceptualised by DDB Mudra Group, seven hard-hitting videos have been crafted with Kohli urging viewers to adopt an active lifestyle 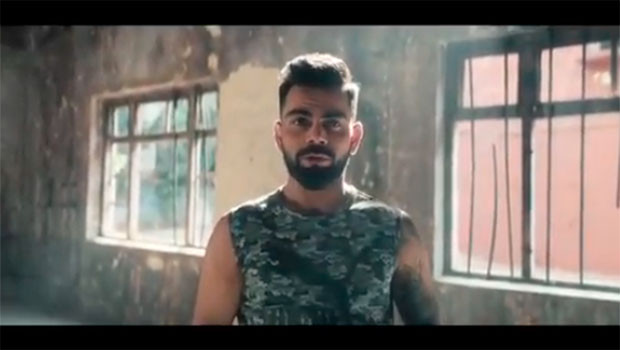 Puma|One8, a sports lifestyle brand, has come out with its new first promotional digital-led campaign, #ComeOutandPlay.

To promote his message of incorporating sports and play into the daily lives of Indians, Indian cricket team captain Virat Kohli had launched his own clothing brand One8 in collaboration with sports lifestyle brand, Puma in November 2017.

The event saw Kohli promoting the brand’s message while highlighting the simple joys of playing sports and taking a break from mobile phones and gadgets. Kohli spoke about how sports and an active lifestyle can be seamlessly integrated into everyday life – whether at work or at home.

#ComeOutandPlay has been crafted on the basis of insights derived from a pan-India research study by Kantar IMRB, commissioned by Kohli and Puma India, on physical activity and sports adoption in India. According to the research, 57% of the respondents haven’t played any sport even once in the last one year with 58% of these respondents attributing this to the lack of time. However, the same set of people spent close to four to five hours on social media, televisions and mobile phones on an average working day.

Based on the insights from this study, seven hard-hitting, 15-second videos have been crafted; with Kohli urging viewers to adopt an active lifestyle and asking them to #ComeOutandPlay. Given the increasing number of consumers on OTT and social media platforms, one of the contextual video features Kohli urging viewers to take a break from their incessant consumption of online content and social media and to ‘Come Out and Play’. While one video has Kohli addressing the online gaming community, encouraging them to create a ‘high score’ on the field and not just online, another one has him urging social media users to make friends in the real world and not just in the virtual world.

With #ComeOutandPlay, the brand intends to connect with its consumers on the social media channels and OTT (Over the top) platforms like InMobi, Hotstar, Voot and Sony Liv, where they spend most of their time. These contextual videos are being strategically planted during prime shows and other such properties which garner strong traction from the audience. Debosmita Majumder, Head of Marketing, Puma India, said, “Sports has been replaced by digital entertainment and games, especially among the millennials. We have also seen a decline in people playing sports as they grow older. Puma and Virat have come together to encourage people to play sport, not only to stay fit or to pursue it professionally but just for the love of it. Through this campaign, we are looking at bringing back the joy of playing sport and making India a more active nation.”

“The brief was straightforward, make India play more. The campaign was created to specifically tackle that. We wanted to use Virat in a new light, where he provokes the audience to start looking at sports and play with far greater interest. The reason we didn’t go with conventional media and opted to do contextual videos was to interrupt the virtual lives our audiences are so caught up in, and tell them that there is a world outside that is exciting and fun,” said Vishnu Srivastav, Creative Head, DDB Mudra South.

What have you been playing?

Make some friends on the field

Got your high score online?

Get 50 runs for your team