Laughing all the way to Cannes Lions 2018: Pooran Isarsingh who never worries about tomorrow 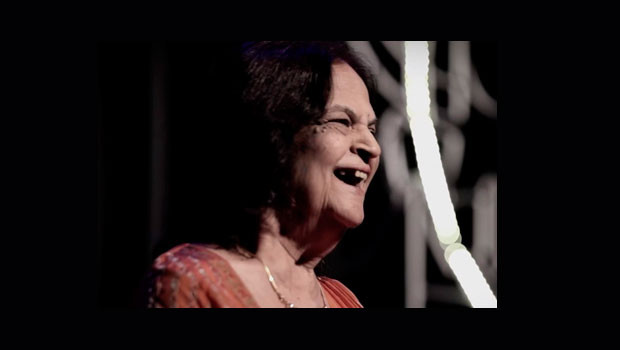 When 86-year-old Pooran Isarsingh visited the visa office, the staff looking into her visa application was pleasantly surprised to see an octogenarian gearing up for a long travel. He was further intrigued when she produced a letter she had received from the Cannes Lions 2018 committee, where she was going to be a speaker.

“Looking at my passport, he told me that he had never before encountered anyone of my age applying for a visa before. He then called two of his colleagues and introduced them to me. All three of them then gave me a standing ovation,” said Isarsingh.

Not one to be outdone by anyone, Isarsingh started clapping herself. When the staff inquired why she was clapping, she replied saying, “I am appreciating the appreciation you are showing me.”

Isarsingh, of course, is no stranger to quips and one-liners. She is one of the artists from Medulla’s 2017 runaway hit campaign ‘Laugh at death’.

But how did Isarsingh find her way from a hospital bed to the biggest festival of creativity in the world?

Taking us through how the entire thing came together, Praful Akali, Founder and MD, Medulla, said, “Essentially, Cannes approaches a lot of award-winning agencies to gauge their interest in hosting a session for that particular year. Cannes Lions approached us to host a session for Cannes Lions Health and we jumped at the opportunity.”

In a conversation with Annie Smith, who is the head of content for Lions Health, a decision was reached that there should be an agency perspective and a client perspective on ‘Life changing creativity’, which was going to be the theme of the session.

“Amit and I were discussing how we could make this more engaging and thought of including a patient perspective. Now, Cannes has a limit of three speakers for a particular session. We already had four speakers and we were suggesting a fifth one. Initially, they were very reluctant to add one more speaker but we told them that this was no ordinary speaker but an 86-year-old, terminally ill patient. We shared the video featuring Pooranji with them and they agreed instantly,” said Praful.

This is Isarsingh’s first time to Cannes and while her doctor has advised them to get strong travel insurance, she is not perturbed at all. Isarsingh, who was an advocate by profession with more than 60 years of experience under her belt, is definitely not concerned about public speaking.

“I am looking forward to the event, I am never nervous thinking what will happen tomorrow,” she said laughing.