Conceptualised by Cartwheel, the ad features Bollywood actor Ranveer Singh who plays the role of a bard and explains how easy it is to open an 811 digital bank account. The idea is to make banking digitally inclusive and accessible for all 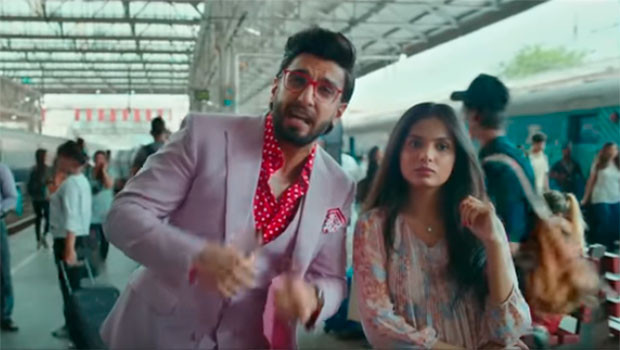 Kotak Mahindra Bank (Kotak) has announced the launch of its campaign #IndiaInvited for 811, which is an anywhere, anytime digital bank account and much more. It is a one-of-its-kind truly inclusive account. The only requirement for opening an 811 digital bank account is that the applicant has to be Indian, which is the underlying message of the campaign.

Collaborative efforts over the years by the Reserve Bank of India (RBI), the Government’s Pradhan Mantri Jan-Dhan Yojana (PMJDY) and banks have contributed in improving financial inclusion across the country. However, even today, only around 2% of Indians own a mobile money account, as per the World Bank, leading to low engagement with the formal financial ecosystem. The need of the hour is to bring about a change in mindset to make banking digitally inclusive, so that banking services are accessible to every Indian.

The #IndiaInvited campaign features Bollywood actor Ranveer Singh along with people from all walks of life, across age, gender, profession, religion, physical appearance, including an acid attack survivor, among others.

The 811 campaign has been shot at the Chhatrapati Shivaji Maharaj Terminus to capture real-life nuances. The protagonist of the story is ‘the bench at the railway station’ and Ranveer Singh dons the role of the bard (sutradhar). The story voices similarities between 811 and a bench at a railway station. Anyone and everyone – irrespective of caste, creed, religion and abilities, are welcome to rest and take a breather at any bench at any railway station in India. Similarly, 811 offers unconditional access to a full-service, zero-balance digital bank account which gives up to 6% p.a interest to every Indian.

Karthi Marshan, Chief Marketing Officer, Kotak Mahindra Group, said, “811, launched on March 29, 2017, is India’s unique full-service banking ecosystem on mobile and web born out of Prime Minister Narendra Modi’s vision of a Digital India. With 811, we simplified banking in India and in a year since launch, 811 has been embraced by Indians. In our endeavour to make banking more accessible and widespread, we realised that people from different walks of life tend to get intimidated to walk into a branch for the fear of being judged. The #IndiaInvited campaign builds on this insight, and draws attention to how 811, just like a bench at the railway station, does not discriminate against anyone on the basis of personal or physical characteristics.”

Elizabeth Venkataraman, Executive Vice-President, Marketing, Kotak Mahindra Bank, said, “Inclusion is not only the right thing to do, it is also necessary for a country as diverse as India. Digital is a great equaliser, especially in banking, providing equal access to everyone. And 811 represents those very qualities of equality and inclusiveness. 811 is truly for everyone. Our #IndiaInvited campaign champions this effort, and uses the analogy of the simple bench at the railway station that doesn’t judge people and correlates that to the promise of 811.”

“We wanted someone who embodies the spirit of individuality and success while being comfortable in their own skin to be the face of the campaign. And who better to lead the campaign than Ranveer Singh, an actor who has made a mark with his unique and unconventional style and appearance, someone who has succeeded in Bollywood on his own terms,” added Marshan.

Ramakrishna (Ramki) Desiraju, CEO, Cartwheel Creative Consultancy Pvt. Ltd., said, “The insight we stumbled on is that in the real world, as against in the digital world, people often feel judged. Like the famous song from Amar Prem, "Kuchh toh log kahenge, logon ka kaam hai kehna'. They size you up, they stereotype you, they differentiate based on caste, creed, language, income, family, looks, physical abilities and so on.”

The campaign will be amplified across all platforms including TV, print, outdoor, digital and through on-ground engagements across the country. 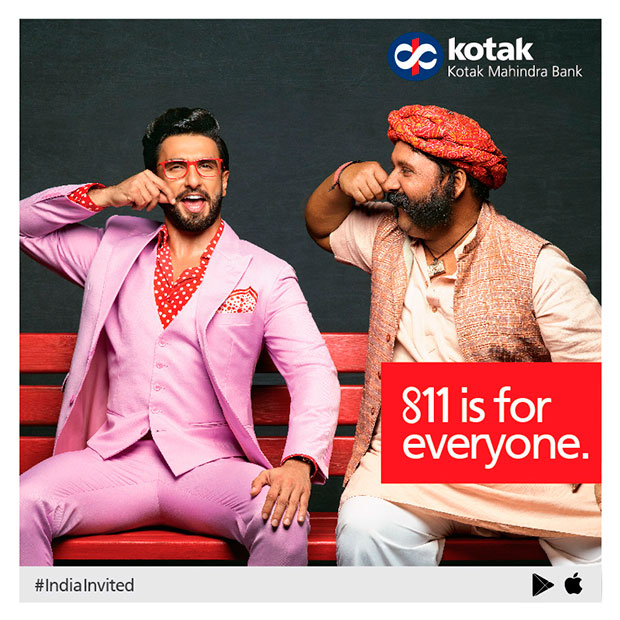