Out of the total 19 awards won by India, the publication won seven awards at 2018 Global Media Awards held at Washington, followed by Dainik Bhaskar that bagged four awards 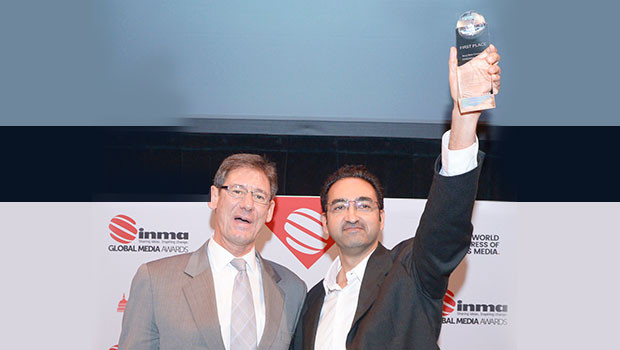 Third place awards for ‘Best public relations or community service campaign’ for “Fields on Fire” and ‘Best idea to encourage print readership or engagement’ for “A Glass Half Full”.

He third prize won by the publication was in the ‘Best New Paid Content or Subscription Initiative’ category for the campaign ‘When a Young Newspaper Established its Position In a Cluttered and Commoditised Market With Over 15,673 Newspapers’.

Amar Ujala won two Third prizes for the campaign Amar Ujala's Multi-Platform Kavya Taps Into Massive Hindi Poetry Subculture in the categories ‘Best Launch of a Brand or Product to Create An Audience Segment’ and ‘Best Idea to Grow Digital Readership or Engagement’.

Anandabazar.com won its first INMA award in the category ‘Best Brand Awareness Campaign’ for its campaign Ananda Utsav 2017. The publication bagged First Prize for the property.

Midday also won a Second Prize in the category ‘Best Marketing Solution for an Advertising Client’ for the campaign Brands Make Inroads to the Corporate World.

Basant Rathore, Senior VP, Strategy, Brand and Business Development, Jagran Prakashan, said, “Presented with ‘Best in South Asia’ is by all means an exceptional achievement that all of us at Dainik Jagran feel proud of. It’s an honour for brand Dainik Jagran, and we accept it with all humility and great responsibility. These awards are a fitting testament to the sincerity of purpose with which we go about engaging with our readers and creating positive change in society.”

DD Purkayastha, Managing Director and CEO of ABP, said, “We are extremely proud to receive the awards for - Anandabazar.com and Ebela.in - Bengali assets from our digital business. We have already begun preparing for a much larger, more engaging and vibrant Ananda Utsav 2018 and are certain that this will allow the website for Anandabazar.com to garner a large share of the global Bengali audience.”