Brands show the roles fathers play in our lives

Father’s Day came and went over the weekend and while everyone was busy updating their social media profiles to wish their fathers, brand also took the opportunity to tug on heartstrings of their audience by coming out with Father’s Day special campaigns 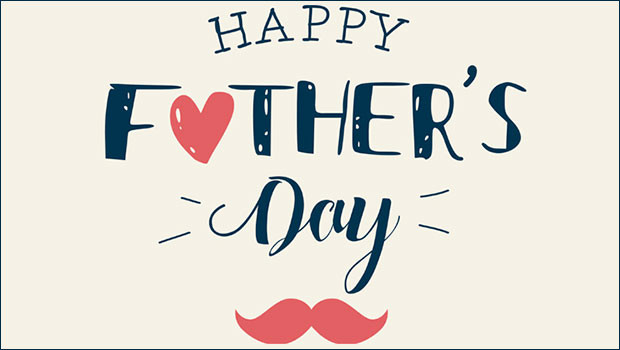 By nature of how society has painted the picture of a father-child relationship, fathers are, for the most part, considered to be authoritarian disciplinarians. Most of the ‘gentler’ responsibilities of raising a child rest on the mother. But times are a-changin’ and fathers are becoming more integral to the upbringing of their off-springs.

This is a rather good time for brands to cash in on the love everyone is showering fathers with. Here is how brands took the opportunity to tug on heartstrings of their audience by coming out with Father’s Day specials.

MuthootFincorp, in its Father’s Day campaign, highlights the haunting loneliness of the elderly and urges people to spend time with their ageing fathers this Father’s Day. The video starts with an elderly man, giving his cable guy the directions to his house. When the cable guy arrives, the elderly owner of the house insists that he have lunch before inspecting the problem and indulgences in an sidle chit chat with the man all the while. The cable guy realises that the problem is a cut wire. The old man puts the blame on his pet dog. The cable guy finally fixes the problem and takes leave of the old man. His TV fixed, we see the old man in his big empty house and we watch him walking up to the power source in his house and trip the switch, plunging the house into darkness. He then goes on to call his electrician complaining about a power cut. The video ends with the message that at times all people need is a little company and the time of their loved ones.

Despite being caregivers themselves, fathers often overlook their own health. Through their Father’s Day campaign, Future Generali intends to inspire fathers to take care of themselves. Titled #AapkiHealthMereLiye, the new digital campaign urges fathers to recognise the need to stay healthy by making a sincere ‘Health Promise’ to their children.

In the digital film, a little girl is seen frantically rummaging about in her father’s room while struggling to decide what would make for an ideal Father’s Day present for him beyond the obvious possessions that her dad already has (such as ties, belts, shoes) but doesn’t use. Noticing an abandoned set of dumbbells under the bed she retorts that her dad has everything at his disposal, but never the time to spare for exercise or even go cycling with her. On the final morning she excitedly greets her father with a handmade card that seeks from him a Health Promise – a promise of his health for her reassurance.

The joys of parenthood are redoubled when parents share childcare equally. This not only supports women in the workplace – but also affords the opportunity to fathers to care for and enjoy time with their children.

This Father’s Day, the Godrej Group has come up with a new campaign that highlights various enabling policies at Godrej so that employees can have a meaningful career and also spend quality time with children at the same time.

Conceptualised by Creativeland Asia, the film talks about the importance of equal parenting and how dads also need to be acknowledged as equal parents. Fathers after all have come a long way from being ‘Fathers’ to becoming ‘Dads’.

Are Fathers appreciated enough for all the gruelling efforts put in by them for their beloved family? On the occasion of Father’s Day, Girliyapa has partnered with Mamaearth to create a video titled ‘Father’s Strike’, reminding viewers to be grateful for the fathers who are hardly ever acknowledged in pop culture.

How drastically would things change in our lives if fathers decided to go on a strike? The video is about how fathers go on a strike to fight for attention and validation that they deserve and how this eventually results in hilarious consequences for the rest of the family, right from not worrying about permission for Goa trips to not being able to ask for pocket money.

To mark Father’s Day, Myntra has launched a special campaign called ‘Father’s Day fest’. The special fest, held on June 13 and 14, offered shoppers the perfect opportunity to choose from among a host of brands and products at attractive prices, to gift their super heroes, aka fathers, on their special day.

As part of the campaign, Myntra also released a 70-second video as a tribute to fathers.The film highlights certain moments and incidents in life, where our fathers have been immensely supportive to make us strong individuals and have taught us important lessons that we cherish forever.

HyperCollective’s new campaign for BBG India tells the story of a farmer and his two daughters. Directed by NiteshTiwari, the ad film takes us through the daily routine of a farmer and his two daughters who emulate everything he does. When one of them falls, the father applies some soil to their feet, igniting a love for healing others in their hearts. When he finds out that both his daughters want to pursue medicine, he is in a fix since he has the means to fulfil the dreams of only one daughter. But when his wife asks which of his daughter he intends to make a doctor, he says both. When his wife expresses concern over his plan to sell land to fund the education of both, he replies by saying that the land is for their better future and not their marriage. Thus, giving out the message that educating children, especially girl children, is paramount.

Turning the spotlight on fathers in a unique way, Himalaya BabyCare and For Moms launched their digital campaign, #dadsunplugged. The series captures eight dads, sharing their emotions, experiences of joy, fear, apprehensions, confusion and efforts to create a new identity while exploring the world of fatherhood.

One role that fathers take on with some pride and with extreme seriousness is that of teaching their children how to drive. It is the ultimate driving test, passes a father’s scrutiny and you emerge on the side an accomplished, safe driver. Keeping this in mind,Ceattyres and Isobar have come up with a campaign to highlight how dads always make sure that we are safe, even while driving, in their presence, and in their absence.Titled #DriveSafeJunior, the campaign consists of three short videos with typical ‘dad advice’ about driving.

Kalyan Jewellers has kick started its Father’s Day campaign with an interesting video chat between Amitabh Bachchan and ShwetaBachchan. The video story captures a candid conversation between the two where Shweta speaks about her happiness in spending a day with her father, while Big B reveals an anecdotal story from when his daughter was a toddler.

Using this video as the launch pad to their Father’s Day campaign, Kalyan Jewellers has partnered with social media influencers from around the country to take this conversation further. The campaign will be seeing bloggers across the country like AmanPreet Singh Virk from Chandigarh, Divya Maben from Bangalore, YoutuberSudeshna from Kolkata in conversation with their father. The campaign aims to involve a larger audience and get them speak about the #AlwaysWalaLove that they share with their father.

Tags: Father’s Day the roles fathers play in our lives
Advertisment
More from this section