It is not uncommon for brands to sign brand ambassadors who clearly are not a patron of their products, then why is Uber drawing criticism for its latest campaign with the cricketer? Is celebrity-focused influencer marketing nearing its end in India or do celebs still sell? 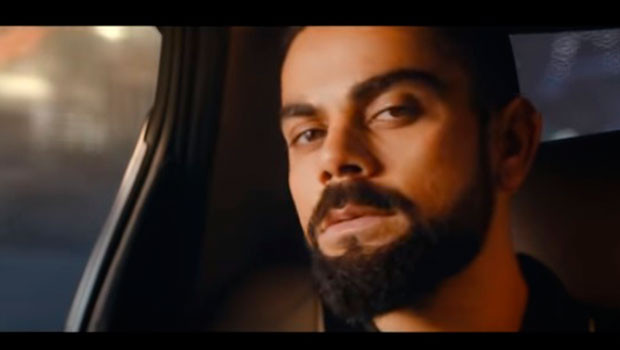 The ongoing debate around the recent Virat Kohli-Uber ad, which attracted social media backlash as the users have questioned whether India's top cricketer actually uses the taxi hailing app, has brought to the forefront the issue of brand-celeb disconnect.

Users are questioning whether brands should have these celebs-driven ads which come across as fake marketing since a celebrity of Kohli's stature will never take an Uber.

Is celebrity-focused influencer marketing losing its impact as users are questioning if brands should have celebs who are not patrons of their products?

Well, experts feel that nothing sells like celebrities in India and brands do believe it when it comes to selling their products in mass markets.

Brand experts say that in mass market such as India, where celebrities are larger than lives and have a cult, they can actually influence the sales of brands they endorse even if they don't use them.

"Brands use celebs as the carrier of their message who can take their products to even media-dark zones. Nobody believes that Salman Khan goes out to buy an Astral PVC pipe but the company still uses the superstar as the brand gets a greater reach," an expert said.

"Masses want to see their superstars and content comes secondary. That's also what drives people to theatres and not primarily what the movie is about. It is also about the influence of a celebrity," another brand expert added.

In the recent Uber ad, Kohli sprouting verses of poetry is a strange sight. It could be because of the dashing skipper’s on-field persona of a brash, ill-tempered player or it might be courtesy his other endorsement assignments where he wasn’t required to recite poetry.

But he does recite poetry, in the latest campaign for Uber. In the campaign titled ‘Badhte Chalein’ created by Ogilvy, Kohli plays the role of the brand’s voice to help build Uber’s narrative in India. Set against Kohli’s narrative, the commercial showcases four apparently real-life examples of riders using Uber in different contexts, to pursue what gives them purpose. The ad features a visually-impaired rider, an expectant couple rushing to the hospital, a young female doctor commuting to work and an independent mother taking her daughter to an early morning judo class.

But the campaign has been getting flak from all quarters for their choice of the celebrity (Kohli in this case). The reason for this is the apparent disconnect between the celebrity and the product or service he is endorsing. Many are finding it hard to believe that Kohli would ever call upon the services of Uber.

While Sanjay Gupta, Head of Marketing, Uber, mentioned in his latest interview that Kohli avails of the services of Uber when he is abroad, the jibes on Twitter has not ceased.

“In the context of where India is today – home to a fourth of the world’s 100 fastest growing cities – the brand idea 'Badhte Chalein', fits Uber’s scale, encompassing a vision of meaningful progress – for riders, driver-partners, as well as the cities we serve. Virat is India’s most inspiring story of personal progress and therefore a perfect fit for the campaign theme. His role as the voice of the brand helps build our narrative in a manner that’s both aspirational and relatable. We are super thrilled and grateful that the campaign has received an overwhelming and positive response within just a few days of launch”, said, Sanjay Gupta, Head of Marketing, Uber India and SA.

But advertising per se is a willing suspension of disbelief, meaning, people know what they are seeing is not necessarily true but choose to keep that conscious thought at bay to enjoy the content that they are watching.

So, why all this criticism for Kohli and Uber? It is not like we believe Shah Rukh Khan when he zips around in a Santro or Amitabh Bachchan when he lights a Cycle agarbatti.

“Brand endorsers who do not fit the bill in terms of actual use of product or service will always face the flak. In the case of Uber and Kohli, however, I do believe it is unfair. There are more severe disconnects between brand and endorser in Indian advertising history. All of them have gotten away reasonably scot-free. It’s quite not understandable why this flak with #UberKohli now,” said Harish Bijoor, brand expert and Founder, Harish Bijoor Consults Inc.

According to Bijoor, there is always a credibility gap between brand-endorser and the product or service essentially because celebrities live in stratosphere and the brands they typically endorse and the consumers who use them live in Mahim (West) or Karol Bagh.

“In some cases, this credibility gap is narrow and in the case of others this gap is really wide and large. Brands tend to fall into this gap when the gap is wide. The fall is deep for such brands,” added Bijoor.

Shivaji Dasgupta, Founder, Inexgro Brand Advisory, feels that in this case the reason for the flak can either be positive concern or some smart PR moves by competition.

“The positive concern connects the captain's demonstrated rejection of Pepsi with Uber, through the lens of product-level failure. In that case, the issue was health and in this case, it is safety, which is equally important in the hierarchy of needs. To my mind, given the high scalability and limited influence over QC, it is a valid concern. To add, the higher-order value of de-congestion of roads was apparently deemed attractive by the captain. While partially true, unless shared cabs are properly institutionalised, this vision will remain largely notional, also due to the cultural mores of urban India, where car ownership is a major symbol of status. So, the issue is not usage but more in terms of compatibility, that too from the higher-order quality issue,” explained Dasgupta.

But apart from the apparent brand disconnect another criticism that the brand is facing is the issue of the need for a celebrity of the stature of Virat Kohli for the campaign. Since Uber exists in a near duopoly-like market, does it really need the mass appeal that someone like Kohli will bring to the brand?

Oh God @Uber what have you gone and done ! Why would you sign on Virat @imVkohli ? Is your problem visibility in a two horse race ? God you could have used the money so much better for driver training . What is your differentiation today in India ?

“Advertising has several objectives. Awareness creation is the biggest one. I do believe Uber does not need this at all in the Indian context with Uber-ubiquity on the streets and on the apps that people carry in their pocket. The key task for Uber is to ensure continued interest in the brand, as opposed to competitive offerings, and most certainly to keep the emotional connect going,” said Bijoor.

Questioning the use of Kohli, he continued, “The use of Virat Kohli is therefore a bit of an issue. Kohli does suffer a disconnect on the actual use of product and service issue. Therefore, when Uber signs on Kohli, it becomes an important task for it to get Kohli to address clearly and create the other brand tasks at hand, namely the creation of continued interest in the brand and to keep the emotional connect going in terms of desire to use and desire to recommend even. Out here, the current execution that uses a bit of poetry and prose is a bit too prosaic to hear out of the lips of Kohli. The disconnect stems from here. Hearing all this from an Amitabh Bachchan or a Javed Akthar would work better really!”

Uber has been in the news a number of times because of safety issues. A major discord that many seem to share is the fact that while Ola has a customer care number Uber seems to lack one. Many people are of the opinion that Uber, already an established name in the business, could have rather used the money to better train their drivers and improve their customer care services instead of spending it on Kohli.

But another expert said that the company is now expanding to smaller towns in India and before the launch in towns with population of 20 lakh plus, it wants to make Uber a household name. Hence, they have roped in Kohli.

But Uber’s apparent peril has another angle to it as well – the digital-savvy consumer.

“Consumers are being taught marketing by marketers themselves, the post-digital consumer is especially savvy when it comes to celebrities and the role they play. Added to this it is more dialled-up in Virat's case because Virat, with his past decisions of not endorsing taboo categories or unhealthy snacks, has created a certain endorsement criteria for himself. Part of which is being decoded as only if I like and only if I use will I endorse. This does not seem to fit Uber usage by him rationally. Unless how they deploy him in communication is far more believable,” said Kalyan Ram Challapalli, Founder and Chief of Strategy, Wolfzhowl.

Drawing the difference between what he calls India 1 and India 2, Pranay Swarup, CEO and Co-founder, Chtrbox.com said that India 1 is educated, forward-thinking, smarter, and buys into authenticity most in brands. India 2 still takes big brands at face value and is aspiring to be India 1. India 2 is okay with an ambassador advertising Manyavar and will ignore that he actually wears Sabyasachi.

“Brands today recognise (and if not, must recognise) that India 1 will question you, in this social media age where every consumer has a voice, especially when not satisfied. Uber with their new campaign, perhaps, is targeting India 2 more, now that it has established itself with India 1. Virat Kohli and “his drive” are very aspirational and something that certainly echoes with the brand values Uber associates with its consumers and itself. Although selecting Virat might work well from a traditional marketing approach point of view, it doesn't score high on the authenticity meter. Times are changing and brands now have to opt for more intelligent and authentic marketing,” said Swarup.

Challapalli feels that if Uber has brought Kohli on-board for his mass appeal then it is probably a misplaced idea.

“Virat Kohli and Wrogn is a great association cause of the personality match, Virat and TooYum is a great association cause of values and attitudes towards fitness match. Unless Uber wants to reinforce its image as a young/cool brand I don’t see a strategic connect. However purely visibility wise there is nobody better than Virat to drive recall when it comes to selecting a cab service in India today,” added Challapalli. 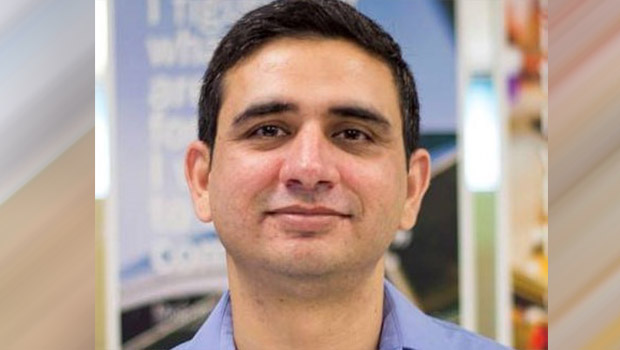 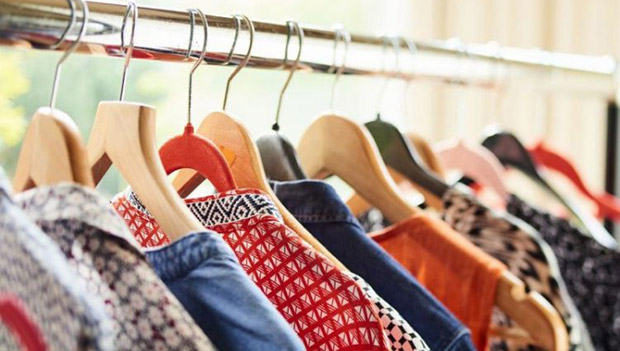 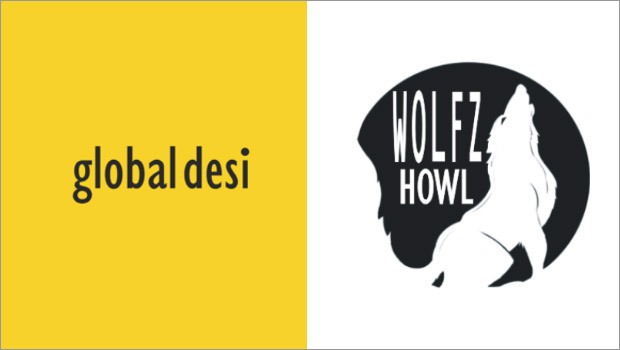 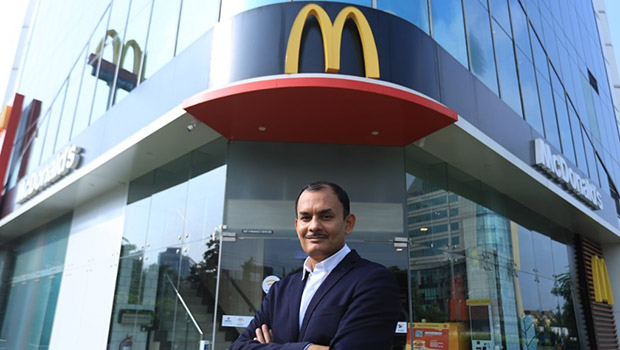 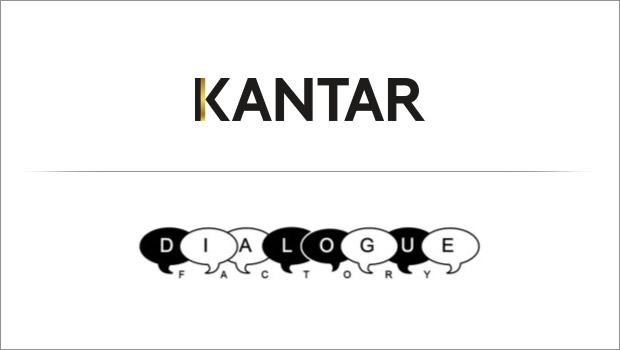