Speaking to BestMediaInfo, Jaipuria opened up about under-indexation of the genre, ad rates, consumer products business, the Nick block on Rishtey, digital play and many other issues 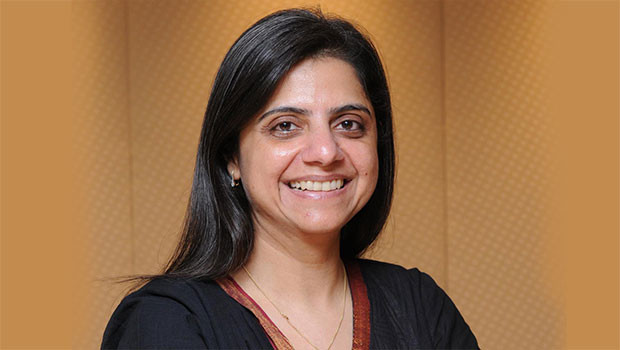 Having launched the fifth IP for Nickelodeon recently, Nina Elavia Jaipuria is all set to take the kids’ cluster of Viacom18 to the top position by the end of March 2019. Right now, just 2% away from Disney’s kids’ cluster, the Nick group of channels is marching up with increased ad rates, 500 hours of original content and stable growth in consumer products and distribution.

Since DAS’s implementation is almost completely, Jaipuria is happy with the subscription revenues coming her way. She said, “Year on year, we've seen anything from 12 to 15 % increase. But I'm quite happy with that because earlier this was almost zero. So, it’s a good change and the fact that it's been continuous and consistent over a couple of years, we are hoping that it substantially increases as the years go by.”

Speaking to BestMediaInfo, she opened up about under-indexation of the genre, ad rates, consumer products business, the Nick block on Rishtey, digital play and many other issues.

How long should it take to really balance out revenues and viewership?

While we have moved from 1-3 %, ideally we’d like to be at 6-7%, taking revenues exactly where the viewership is but it will take its due course. It’s also about how do we convince advertisers to make sure that this is a genre that is targeting an audience which is now very influential and has a say in almost every household decision, be it a phone, dinner location or vacation options.

I think advertisers are slowly and steadily understanding that this is a very influential TG. It also has a lot of co-viewing from young parents and mothers, particularly for two reasons, to know what the child is watching and to spend quality time with children. Also, close to 97% of the TV watching households are single TV households.

Advertisers also understand that the broadcasters are heavily investing in this genre and this has increased its potential. This has also increased the competition within the genre with the entry of newer players like Sony. There are about 400 million kids in India and the kids are entering and exiting the age groups all the time. There is a huge churn which means that there is a new set of kids out there who have come to the channel and are watching all of this for the first time.

Do you think that ad rate increase is the only option to remove under-indexation? I mean have you talked about branded content and sponsorships and other things too.

It will be a major contributor. I don’t think we still get what we deserve for the number of GRPs that we deliver today. I think we are so CPRP efficient and we are efficient because our rates are low. As a franchise, my team has a mandate ‘to increase ad rates’. We have had stand-offs with brands while making our point that we will not go below a certain ad rate. When they can’t increase their rates, we accommodate them into Sonic. Even Sonic has come so close to Turner today. Why should Sonic not actually have an ad rate comparable to Cartoon Network, since it is just 1% away? Why should it be just a fledgling channel? There is no reason why it should have 10 times lesser ad rate.

But I also think that rate correction alone will not correct the index. We will have to find that ancillary revenue streams to support it because the lesser the dependency on ad rates, the better it is. Therefore, syndication revenue, consumer products revenue, digital review and even international revenue, all of these will start playing a very big role in correcting indexation. The ad sales under indexation will come from both. It'll come from one non-FCT and ad rates.

How much have you increased the last one?

It is upwards of 15 % because all of the growth that you saw on the top line has come from ad rate hike. On Sonic, we have increased ad rates by about 30 %, since the base was small.

You said 15 % in the top lines. How much would that be in the bottom line?

The bottom line increase for the year was quite huge, there is a nine-time increase in three years.

Everybody is focusing on digital and CPMs are very miniscule, despite the stickiness. What are your efforts towards that?

There are two different strategies; one is more of engagement strategy on digital. As a brand and as various characters outside of broadcast, we have many videos out there, and we have about 400 games. If we are giving that kind of engagement on digital, then why it should not be monetised is another question. Therefore we looking at very aggressively monetising our digital assets eventually, but as a marketer, I don't see any RoI there for what I put on digital. How do we measure it? How much do I know if I'm spending today on digital how does it come back to my brand? One of the reasons why digital marketing spends are so loose in nature and therefore as a marketer, people are very careful about how much should I spend there because how much can I not measure? Every other mass media is measurable, even the school contact programme has some amount of measurability. However, I feel that it is only going to grow because kids have become screenagers and they are moving from screen to screen. If you want to tap the kid, you've got to be on that screen and I can see more potential for advertisers wanting to engage with us on screens outside of broadcast. It is a one-on-one engagement while TV is one-to-many and if you want that one-on-one engagement, then digital is your best bet. I see it becoming a potential monetisation platform in the future. I haven’t seen any significant ad rate increase there, as yet.

Your content is not available on any other platforms, except for Voot Kids. Wouldn’t it be better disseminating the content to a larger audience?

Yes and no. The Nick block on Rishtey is doing exactly that task of disseminating the content, a sampling exercise. Rishtey is getting great content and ratings, but Nick is also getting eyeballs and a chance to tell kids ‘if you want to watch more of Shiva then come to Sonic’.

But I think as an organisation we are dedicated to saying that our platform is Voot. All our content will be exclusively for Voot even if it is at the cost of not getting discovered. This will only strengthen our OTT platform and make it robust. Like I said, we have all four of our own channels, but there has to be only one destination online because the minute you distribute it at more than one destination, then the eyeball is not going to Voot.

These days, kids get hold of their own personal mobile phones quite early. What does your research say and is there an opportunity of sorts?

In our study, we noticed that kids are still getting to use the mobile phones of often older siblings or the parents. While on TV, our primetime is 12-2 or 4-6, on Voot, the primetime is 8 pm. It’s because people come home and the kids can use the phones. So to me, it is still distant where kids start getting their own phones, at least for the masses. The situation is different in the metros.

Regional is becoming the new normal. In fact, a few advertisers have suggested that they see very little effectiveness on the national channels, especially GECs. Have you noticed anything like that on kids?

So we are slightly different from them because we deliver animation and it is largely language-agnostic. When we started, we had a lot of Nickelodeon international content which was live action. We saw the foreign looking characters speaking Hindi and we realised that it won't work. When you do live action and a north Indian man starts speaking Tamil, there is disconnect. Live action has that limitation, but animation is free of all this. The network does have regional channels in the markets that require it, but then there are certain markets that are quite homogeneous. Animation is language-agnostic. Dubbing works for us because Shiva can speak in Tamil or Hindi or any other language for that matter. I'm not sure if we need a regional channel. But we can look at more languages to dub in, Kannada and Marathi.

Ultimately, if I launch a kids’ regional channel, what else will be different, other than language? Right now, our Tamil feed is available in Tamil Nadu. I don’t know what I can do differently.

What are the plans on original content for kids on Voot Kids?

I guess slowly and steadily when Voot Kids becomes an entity on its own, we will bring content only for that platform that will attract more eyeballs and will be available only on Voot Kids. No right now, till it is subsumed in Voot.

Last year, you had said that consumer products will grow much bigger. So how has that worked?

Look at what Peppa Pig is doing. I couldn't imagine it got sold out in Hamleys. It is about how powerful your character is and how you take that engagement onto a different level with consumer products. And, therefore, in less than three years, Motu Patlu, Shiva and Gattu Battu are giving us more than 30 % of our revenues on CP. So the local content is already delivering quite well and then we have international IPs like Peppa Pig, Dora.

The Kidzania partnership happened a while ago. How is the response?

We started about three months ago in Noida. They are quite happy with the demand, so they also offered to us to start the studio in Mumbai outlet. Imagine, for a kid who is a Motu Patlu fan, to give voice to the characters, record it through a glass window and then, later, watch the episode in their own voices. It gives them such a high. It is a brilliant engagement option.

It has performed very well, since it gives viewership numbers to Rishtey and to us, it gives us many more number of eyeballs to sample the content. We have seen traction where people are coming to Nick and Sonic after getting diverted from Rishtey. It is working well for both. This is also taking us to an FTA audience, who will ultimately graduate to becoming a pay audience.

Now that DAS is complete, are you seeing significant increase in subscription revenues?

Year on year, we've seen anything from 12 to 15 % increase. But I'm quite happy with that because earlier this was almost zero. So, it’s a good change and the fact that it's been continuous and consistent over a couple of years, we are hoping that it substantially increases as the years go by.