With the launch of the new show, the channel aims to strengthen its evening prime-time slot. The show went on air from May 7 and is a fresh perspective on marriage and relationships 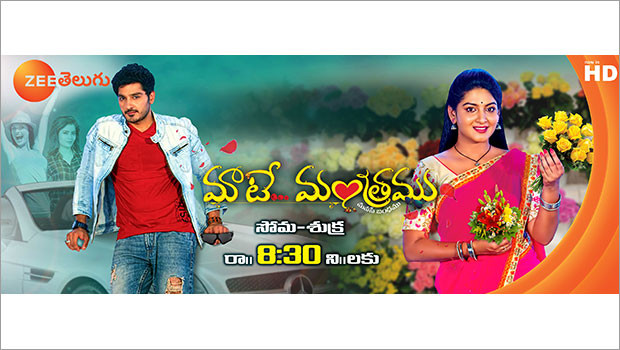 Zee Telugu’s new fiction show ‘Maate Mantramu’ promises to bring forth a fresh narrative on marriage and relationships. With the launch of Maate Mantramu, the channel aims to strengthen its evening prime-time slot. The show went on air on May 7 at 8.30 pm. It is produced by Sarveshwar Redddy, who has done shows like Bathuku Jatka Bandi and Inspector Kiran.

The story of Maate Mantramu revolves around the life of Vasudhara, a simple girl from a middle-class family who despite being mistreated by her grandmother and step-sister Satya, tries to make the most of her life. On the other hand, Vamsi Krishna is the sole heir of a wealthy family and has grown up to be extremely arrogant and irresponsible. Vamsi Krishna’s younger brother, Abhiram, in stark contrast, is a responsible and mature individual who believes in the ethical way of living. As fate would have it, Vasudhara gets married to Vamsi Krishna and Satya gets married to Abhiram, believing that he is the heir to the humongous wealth. Vasudhara’s journey towards transforming Vamsi Krishna to become a better human being and to gain acceptance in her in-law's house forms the crux of the storyline.

The makers believe that the characters in the show stand out and it will be refreshing to watch the fresh pairing of Ali and Pallavi. Watch out for ‘Maate Mantramu’ to find how two individuals of opposite personalities are bonded through love.