The previous editions of IPL on Sony had a lot of entertainment and glamour content but Star has made the match analysis show cricket-focused. Is the move working for Star? BestMediaInfo analyses the impact in terms of viewership and advertising 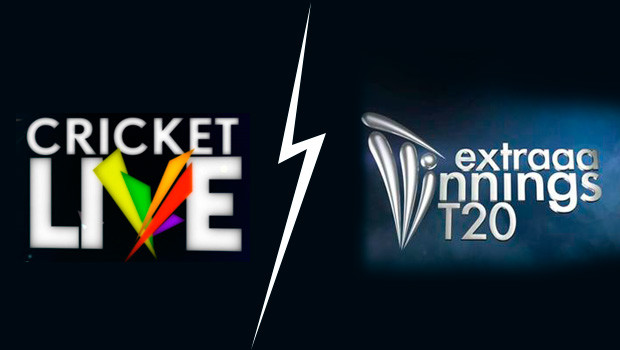 Star India made a bold move by making IPL 11 a strictly sports property. Though the viewership of its pre, mid, post show Cricket Live is not as high as Extraaa Innings on Sony, the programme is gradually building up a base among hardcore sports-loving fans.

Mostly on weekends, two IPL matches are played and telecast in each day. So, one match is played at 4pm, while another one is at 8pm. Link shows are the ones that appear in between these two matches, which is abou 30 minutes of time gap. Generally, the first match ends at about 7.30-7.40pm, while the next starts at 8pm. The 20-30 minutes slot is divided into two parts, wherein in the first half of the show talks about the post match analysis of the first match, while the second half talks about the pre match analysis of the second match. While Sony chose to include these slots into pre-match and post-match segments for viewership measurement purposes, Star has chosen to name it ‘Link Shows’.

Considering these nuances, as per BARC India data, IPL11 gathered 647.736 million Impressions in the pre, mid and post analysis, along with the link programming (Cricket Live) against 607.437 million Impressions gathered by IPL10 (Extraa Innings), for an exact comparison of the two similar time-bands. However, if one compares all the non-match programming content (except non-live content) on Star India channels including Dugout the viewership stands at 652.353 million Impressions.

The treatment given to the match analysis is very different in the two editions. Extraaa Innings was made to offer a wholesome entertainment with a love band in the studio, along with a separate set of cheerleaders, Navjot Singh Sidhu’s jokes and a panel of glamorous hosts. All of this has vanished in the Cricket Live show of Star Sports. It has more serious discussions on the strategies and techniques of the game being played. While a lot of people are appreciating Star’s move to ‘bring sports back into IPL’, some others have criticised it for dropping the entertainment quotient on the tournament.

“It is true that the type of viewers coming to watch the two types of content will be slightly different, as in terms of being more serious sports viewers versus those seeking entertainment content. However, that’s not the holy grail for most advertisers. The match analysis shows are simply the cost-effective medium to reach out to IPL audiences, for those advertisers who can’t afford to be on the live matches. The ad rates for these shows are about 20% of the ad rates of the live matches and further negotiations are always happening,” said a senior media planner who has been dealing with IPL 11.

“Advertisers are more keen on the live cricket matches, of course, the sponsors on Cricket Live would be very concerned about the viewership but these are impact properties and there is always a risk on such high impact shows. We have been facing it on entertainment shows too. Earlier too, people were not excited about Extraaa Innings but they were about IPL event and the live matches. Extraaa Innings came as an extra delight for the hardcore cricket followers and that's about it. The focus was always on the live matches for advertisers as well as the audience across platforms,” explained Sujata Dwibedy, Head of Buying and Trading, Amplifi (the media trading division of DAN).

Market analysts estimate that IPL 11 was being sold at about Rs 10 lakh per 10-second slot and the rates have now been increased slightly more. However, the network has already closed all the deals for Cricket Live till the end of season, barring the nominal 5-10% left for spot buys. Even when Sony was selling Extraaa Innings, the ad slots were sold at a cost that is about 20% of the live matches. Cricket Live is sold at about Rs 1.5-2 lakh per 10 seconds, as suggested by media planners.

While Cricket Live and Extraaa Innings have had their differences and similarities, Star has also tried to expand the hours of non-match programming through its shows like Dugout and other non-live programmes like MITV. Is this a strong point for the network?

“I would rather see it as a strategy to garner more appointed viewing and building more IPL context on the network. There are such loyal cricket viewers across the country who would not mind viewing anything about cricket and if it is to do with IPL, they would simply love watching it. Also more IPL-related content would mean more advertising revenue. They had to try everything to give the audience a different Star experience on IPL and that’s what they are trying out,” added Dwibedy.

Another media planner said it would not matter from an advertiser’s point of view. These shows would be barely getting a premium on their regular RODP rates. “These shows are, in my view, likely to get not more than Rs 20,000-25,000 per slot. Dugout is telecast parallel to the live matches. This all the more reduces the chances of a viewer going to watch Dugout for a longer duration, it can only be consumed during the breaks in the live matches,” he said.

It is not only about sports programming versus entertainment programming, said Vineet Sodhani, CEO, Spatial Access. He pointed to the time gap too, “Extraaa Innings took some years to build as a brand. We will have to give time to Cricket Live before we make a judgement. Having said that, the excitement that is created around say local feed and contests around Hotstar and other things is way higher compared to Cricket Live.”

Supporting the point of being too early in the discussion, Dwibedy said, “Extraaa Innings was a legacy developed over many years and the viewers' following was cultivated through very in-depth analysis and strong cricket content. The viewers who are glued to the channel even an hour before the game are more like cricket fanatics, if I may say so. Hence, the pre and post games content has to be of a class that will appeal to those viewers. The panel of cricketers hosting the Extraaa Innings are perceived to be more legendary and 'gurus' of the game, compared to the Cricket Live hosts. Great cricketing minds brought with them the level of predictions and analysis that is probably missed in this season of the IPL. I don’t know what could Star have done more to promote the show, because eventually, it is the content that pulls audience for anything that is non-live cricket, not the promos of the show.”

There is a lot of debate about whether Star is losing viewership by having a 'strictly sports' attitude towards IPL. Extraaa Innings was popularised and marketed very well by Sony. “I think that Star could have done more to promote Cricket Live. Extraaa Innings became a separate entity on its own because of the promotions and the weightage that Sony gave to the show in the market and on viewership charts. There was a section of audience who might have come to that show for entertainment, but not all. You have to understand that IPL is the underlying thought behind ‘watching all this content’, from a viewer’s point of view,” said a media planner.