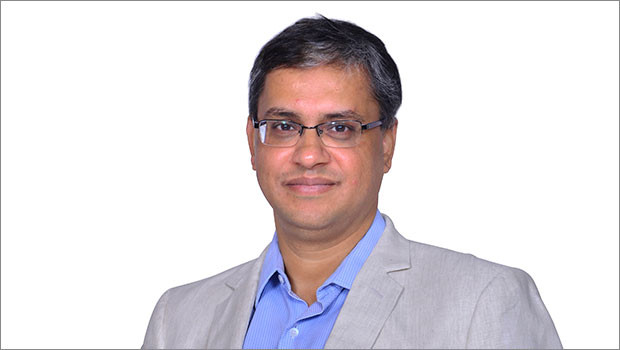 Transsion Holdings, the Chinese smartphone manufacturing company, is planning to bring their home appliances brand Syinix to India. The company which has claimed to become the fifth largest mobile company in India with their Itel phones in just two years (according to International Data Corporation) wants to leverage the promise of India’s developing market and might launch Syinix in India in the later part of this year.

Speaking about their future plans for India, Arijeet Talapatra, CEO, Transsion India, said, “Globally, Transsion is also into the consumer durables business with their brand Syinix. So, later on in this year we might launch the brand Syinix in India too.”

Transsion made in-roads into India with their flagship brand Itel in the year 2016 and today they hold the third place in the smartphone segment, competing with Samsung for the second position. Talapatra said that the brand wants to bridge the gap to become the top player in the sub 8000-rupee smartphone category.

“We want Itel to be a major smartphone player. We were number two for two years and with Jio emerging we are now at number three. But we want to be the top player in the sub 8000-rupee smartphone segment with Itel,” said Talapatra.

Transsion has adopted the multi-brand strategy, the same strategy they have for all their global markets, for India too. Itel is their sub 8000 category with phones that range from Rs 600-8,000, Tecno caters to the mid to mid-premium category with phones that range from Rs 7,000-15,000. Both, Itel and Tecno are purely offline brands. Infinix is the brand’s online brand and caters to the mid to premium category. The brand entered a partnership with Spice Mobility in 2017 to revive the brand Spice and re-launch it in India and has phones that range Rs 700-9,000.

“The sub-7,000 market is very big and therefore we thought two brands will do more justice to this category. We launched Spice as an alternative to Itel, so that if the customer was not happy Itel they could always go for Spice,” explained Talapatra.

Speaking about why they chose to revive Spice Talapatra said, “Spice was one of the strongest brands and it was a very old Indian brand. It was colourful and vibrant brand but due to some reasons the brand couldn’t do very well but the brand proposition was very high. We tied-up with Spice because wanted a strong alternative brand in the sub-8,000 category and with Spice it would have been easier for us because Spice is a known name and good brand. If we had launched an entirely new brand we would have had to build it from zero because already had the name and the promise of quality associated with it.”

Transsion is also going all out with their marketing this year for their brands Itel and Tecno. Tecno has partnered with Kings XI Punjab as their smartphone partner. While, Gaurav Tikoo, Senior VP- Marketing, Transsion India, refused to give out their annual marketing budget or their spend on IPL, he did mention that much of their advertising and marketing monies has gone into this association.

Tikoo also pointed out that the association will help them makes in-roads into Central India as well.

“If you look at Kings XI Punjab’s home grounds, they are Punjab and Indore. So, this association not only gave us access to our consumers in North India but also to consumers in Central India as well,” said Tikoo.

Transsion has also come up with a new campaign for Itel. The TVC, created by CreativeLand Asia and Entourage Films, is a 360-degree campaign. It will be showcased on 37 TV channels and will be supported by heavy digital, cinema, and print campaign. With the new campaign the brand is focussing on entry-mid level smartphone users who are the value seekers with a 360-degree outreach to ensure awareness and affinity amongst the core target audience.

While, the Indian smartphone market is expected to grow in double digits in India, it is also true that smartphones is a cluttered category in India and players like Vivo and Oppo spend huge monies on marketing.

Speaking about their strategy to tackle the competition, Tikoo said, “Due credits lie with Vivo and Oppo for creating a fantastic perception for Chinese mobile handsets in India. But the difference between these brands and us is that, we want to grow slow and steady. We are here for the long haul. We also want to offer our end consumer significant value for their money. A brand has the choice to layer their product cost with the marketing cost and arriving at a price which ultimately the customer pays or they have the choice to create a quality product and ensure the distribution and service is fantastic so that they don’t face a problem when it comes to quality. So, for us it is about bringing the right product at the right price and supporting it with relevant marketing through which we can reach out to the consumer in terms of creating awareness.”