Lulla, who has over three decades of experience across media, entertainment and the broadcast industry, was till recently Chairman and Managing Director at Grey Group India 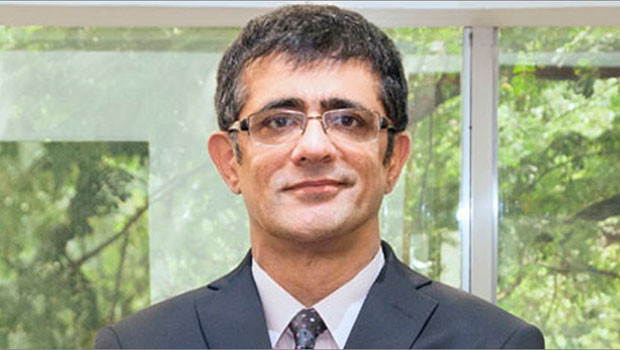 Lulla, who has over three decades of experience across media, entertainment and the broadcast industry, was till recently Chairman and Managing Director at Grey Group India.

Commenting on the appointment, Shobha Kapoor, Managing Director, Balaji Telefilms, said, “We are pleased that Sunil will be joining us as Group CEO and are confident that he is the right person to lead Balaji to the next stage of growth and value creation. He is a seasoned leader with a stellar leadership reputation and brings with him a wealth of consumer business experience. The Indian media sector is undergoing massive change which also creates enormous opportunities for us at Balaji Telefilms and Sunil will lead the efforts with the rest of the team to seize these opportunities and create value for all our stakeholders.”

Speaking about his new role, Sunil Lulla, Group CEO Balaji Telefilms, said, “I am incredibly excited to join Balaji Telefilms at this stage of the company’s evolution into a B2C media business. Balaji Telefilms has a great combination of engaging and compelling content and distribution on the back of explosive growth in online video consumption. Balaji Telefilms is well positioned to become a leading player in the Indian media sector and I am motivated to join the leadership team and all the great people that have fuelled Balaji Telefilms success so far.”

Right from the early days of his career Lulla has donned leadership roles as General Manager of HMV (Now Saregama Ltd). He led the successful roll out of MTV in India, turned around entertainment channel Sony and launched the TV Network for Bennett Coleman & Co, The Times Television Network. Lulla has been one of the early Internet explorers with indya.com in 2000. He has also been a prominent member on many boards and forums of the broadcast industry where he has helped shape policies, set industry standards and best practices.