The 30-day campaign will be cross-promoted across the network, tapping into the football fan frenzy in India. The FIFA World Cup is one such event that draws fans and fringe-viewers to root for their favourite countries, which temporarily become their ‘Doosri Country’ 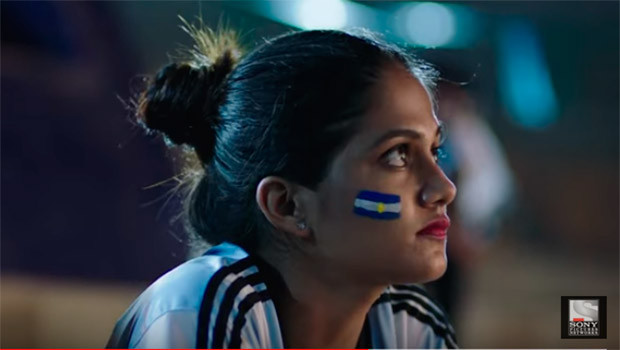 With around a month to go for the biggest football extravaganza, the sports cluster of Sony Pictures Networks India (SPN) has unveiled the ‘#MeriDoosriCountry’ campaign as it gets set to for the live telecast of 2018 FIFA World Cup Russia. The campaign was launched in the presence of former National Football team captain, Bhaichung Bhutia.

The tournament will be telecast in four languages, English, Hindi, Bengali and Malayalam. The world feed in English will be on Sony Ten 2 SD and HD channels, the Hindi feed will be aired on Sony Ten 3 SD and HD channels while Bengali and Malayalam feed will be available on Sony ESPN SD channel. Adding to this, a fantastic line-up of renowned international football panellists will hone in on their knowledge and insights to enhance the viewing experience.

As seen from FIFA U-17 World Cup India 2017, football continues to grow by leaps and bounds in India and is the second most viewed sport in the country after cricket. While football viewership is already high in India, FIFA-led events tend to enjoy an increased viewership due to their enormous popularity. The FIFA World Cup is one of the few sporting events that draw in both fans and fringe-viewers to root for their favourite countries, which temporarily become their ‘Doosri Country’.

The #MeriDoosriCountry campaign film has been inspired by countless Indian fans who exhibit their undying passion by adopting their favourite football team once every four years during the World Cup. The film showcases snapshots of fans cheering and flaunting their support for their ‘Doosri Country’ by wearing the team jerseys, waving their team flags and even painting their faces with their team colours.

The campaign will entail a 360-degree approach, including augmented reality (AR) and virtual reality (VR) technologies. It will also be spread across TV, digital, print, and radio.

Rajesh Kaul, President, Sports and Distribution, Sony Pictures Networks India, said, “Sony Pictures Network has been associated with FIFA, one of the most prestigious sporting bodies in the world, since the last world cup in 2014. The 2018 FIFA World Cup Russia is definitely one of the biggest and most exciting sporting events this year, and we are extremely proud to bring it to the football fans across the Indian subcontinent. Our campaign #MeriDoosriCountry captures the ethos of how Indian football fans root for their favourite country as if it’s their own. With multiple language feeds and unique programming initiatives, we are committed to giving our audience a truly holistic 2018 FIFA World Cup Russia experience.”