Coming from a family of artists meant that Soni wouldn’t have to struggle to convince her family to pursue a career in arts. With her mother as the wind beneath her wings, Soni started out in the advertising and marketing industry as a visualiser and today leads a team of 30 designers 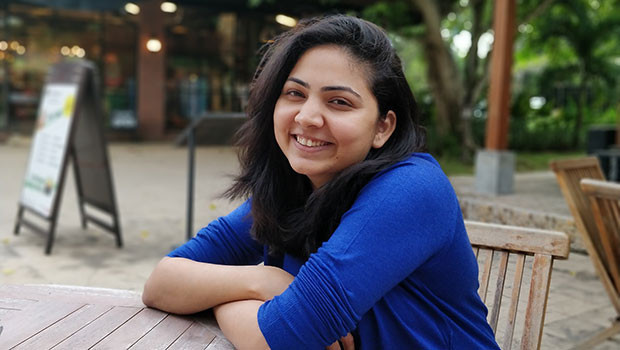 Belonging to a family that was into commercial arts, it was no surprise that Priyanka Mestry Soni developed a flair for arts early on. But if weren’t for her mother, Soni is sure she wouldn’t have ended up pursuing her passion.

“My mother’s side of the family is into commercial arts. Her brothers are commercial artists and her father was an actor. Art is in my blood. When my mother noticed that I was really good at sketching and drawing, she encouraged me to pursue commercial arts. I don’t know what I would have been doing if it weren’t for her.”

Soni did her graduation from B.D. Somani Institute of Arts & Fashion and then pursued her post-graduation from YCP's Academy of Information Technology.

“I learnt all my graphic designs skills at YCP’s Academy of Information Technology. It just goes on to show that one need not necessarily have to go to an Ivy league college to gain skills and hone their talent.”

After completing her post-graduation, Soni joined Focus Circle Brands Pvt Ltd as a visualiser in 2010. She was there for about a year and a half, until her best friend and co-founder of Social Kinnect, Chandni Shah, approached her.

“Chandni and I are college friends and when she and Rohan decided to start out on their own with Social Kinnect, they wanted a designer and a third partner to begin with and they approached me. I wasn’t very sure that I wanted to join Social Kinnect when they first approached me but they really sold me the idea.”

Jumping from a steady job and joining a start-up was not an easy decision to make for Soni but according to her it has been the best decision of her life so far.

“I come from a middle-class family and I always had the responsibility of my parents and sibling on me and therefore, I was a little sceptical of switching initially. But Rohan and Chandni had a very clear vision for Social Kinnect. I completely believed in them and it was a great opportunity. Digital, back then, was something that all the brands wanted to be on and I realised it was the right time to get into digital.”

Speaking about her experience at Social Kinnect, Soni said, “It has been a crazy journey. I have worked on some of the biggest brands here. I have been managing the entire design team at Social Kinnect from the beginning. Today, I have a team of about 30 designers who work under me. We recently set up an office in Delhi too and now my major focus is setting up and building the entire design team here.”

Soni believes that her biggest learning from her time at Social Kinnect is that people are very important.

“Hiring the right kind of talent and then making sure that you imbibe your culture in them is very important. For great work to happen it is important that you hire people with whom you can get along.”

According to Soni, the most interesting brand she has worked on so far is Asian Paints.

“I have really enjoyed working for Asian Paints. I am a graphic designer and Asian Paints is a lot about colours, art and beautification of the city.”

The most challenging project, Soni believes, is the work she has done for Indiabulls, primarily because she had never worked for a BFSI brand before and it was all new for her.

“I get excited by new ideas and new things. I have a long to-do list and that list just keeps getting bigger because of the sheer number of things that catch my attention. You can say that I have commitment issues and I am working on it,” laughs Soni.

A “personal growth junkie”, Soni loves watching self-improvement videos in her spare time, that is, of course, when she is not globe-trotting with her husband.

Soni has always been fascinated by the idea of pilots and astronauts and if art hadn’t come calling, she believes she would have been flying high anyway.