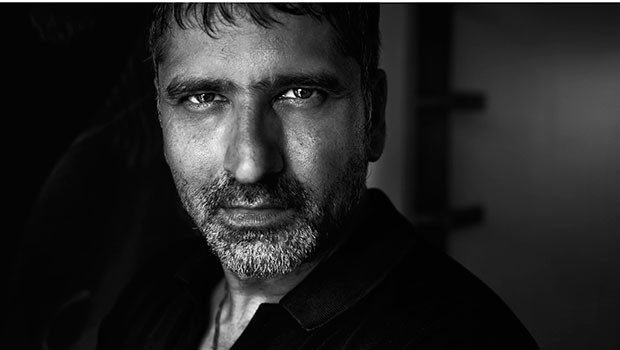 Sonal Dabral, Group Chief Creative Officer and Vice-Chair at Ogilvy India, has been appointed to the International Board of Directors at The One Club for Creativity, the non-profit organisation celebrating creative excellence in advertising and design.

He is one of the nine new appointees to the International Board, and replaces Prasoon Joshi, Executive Chairman, CEO, McCann Worldgroup India and President, South Asia, McCann, Mumbai, India, whose three-year term has ended.

“It’s a huge honour and privilege to be selected on the International Board of The One Club, a non-profit organisation that passionately believes in creativity and a vibrant global creative community,” said Dabral.

“India is one of the fastest growing and most important markets in the world today.  I’m happy to represent my country on this very important board and contribute to the great work the One Club is doing,” added Dabral.

“One reason The One Club is so prestigious is because of its exceptional board of directors, an impressive group of the most prominent creative professionals from around the world,” said Kevin Swanepoel, CEO, The One Club for Creativity.

“We are thrilled to have Dabral join the International Board, and look forward to him playing a key role in furthering our mission to support and celebrate the success of the global creative community, and solidifying the relevance of our mission in India,” added Swanepoel.

In other changes at the organisation, FCB Global CCO Susan Credle has been named Chairwoman of the National Board of directors. She replaces José Molla, Founder and CCO, The Community, Miami, whose term as Chairman ended. He will officially hand over the reins to Credle at The One Show on May 11, during Creative Week in New York.

Other new members of The One Club International Board of directors are:

Board members, who serve three-year terms, are selected on three criteria: they must be prominent international creatives, be respected leaders in given fields, and exert influence in their respective regions.

Responsibilities of board members include providing input and feedback on the club’s two dozen annual education, professional development, inclusion and diversity and gender equality programmes, elevating The One Show and ADC Annual Awards in rankings in their regions, connecting the club with advertising and design universities and schools, and recommending outstanding candidates for awards judges.

The new board members join a group of global creative leaders who serve as ambassadors and advisors to the non-profit organisation.

Swanepoel made special note of Molla’s term as board chairman, praising his strong dedication and strategic vision for successfully growing the club’s initiatives, reputation and influence on a global level.

“José has been a terrific leader and partner, and played a significant role in the club becoming the creative industry’s global leader in education, professional development, inclusion and diversity and gender equality programming,” Swanepoel said.

“We thank him for his many important contributions to making The One Club an organisation that nurtures a more vibrant and inspired global creative community,” Swanepoel added.

The announcement was made in lead up to The One Club’s Creative Week, May 7-11, 2018 in New York. The preeminent festival showcasing the intersection of advertising, innovation and creative thinking, Creative Week includes The One Show over two nights, ADC 97th Annual Awards, the dynamic Young Ones Education Festival, inspiring sessions with some of the biggest names in the industry at the Creative Summit and the exclusive Executive Creative Summit, open to a limited number of top-level leaders (founders, CCOs and managing partners).

The One Club for Creativity, producer of the prestigious One Show, ADC Annual Awards, Creative Week and Portfolio Night, is the world's foremost non-profit organisation recognising creative excellence in advertising and design. The ADC Annual Awards honours the best work across all disciplines, including advertising, interactive, design and motion. Creative Week takes place in New York City every May and is the preeminent festival celebrating the intersection of advertising and the arts.

Tags: Sonal Dabral Ogilvy India The One Club of Creativity
Advertisment
More from this section