The viewership of IPL is on the rise but the reach has fallen. That's because Star has made IPL a sports property by broadcasting it only on sports channels in HSM, which do not have as high a reach as a movie channel. The slander in media and misleading reports on viewership and reach are damaging the property on which billions are riding and the tournament is still not halfway through 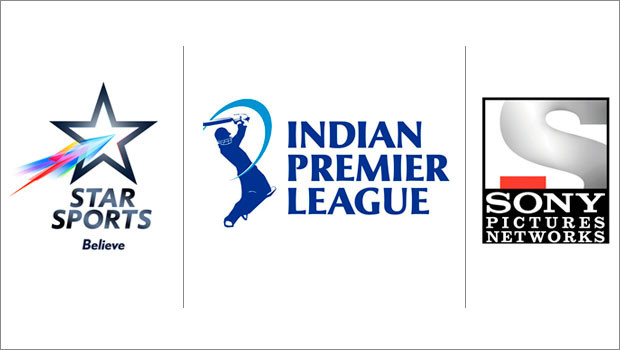 There has been a lot of debate around how IPL is doing this year on Star Network as compared to last year on Sony Pictures Networks. In the last three weeks since the first set of viewership data on IPL 11 was released, claims and counterclaims about the tournament’s performance using different parameters such as reach and absolute viewership on the basis of different TGs are doing the rounds. While IPL’s absolute viewership numbers are on the rise, it failed to match last year’s total reach on television.

Let us put the record straight – IPL’s viewership has grown over last year by 8% in the first week, 6% in the second week and 15% in the third week (All India 2+), and viewership is not just about reach but it is a combination of reach and time spent. It must be taken into consideration that the growth of IPL 10 over IPL 9 was majorly because of BARC India’s universe update while the current growth is on the same universe.

It is also not that advertisers do not spend on reach. They spend on reach but to buy reach, they spend peanuts. For example, they buy Hindi news channels having almost similar reach as leading general entertainment channels but at much lower ad rates.

If reach is not viewership and not that important for buying, why did a leading mainline business daily continue to prove time and again that IPL has lost viewership on the basis of reach numbers? Let me admit that the industry leaders called it motivated and mischievous every time in private conversations. But the million dollar question is, who gains what from these motivated reports? It is well known that a screenshot of an excel sheet highlighting weak points in reach numbers is floated by rival network every week as soon as the data is released. Is it not a case of ‘sour grapes’ for Sony, which is trying to harm a property that it built over the years?

The broadcast rights for the tournament are sealed with Star for the next five years. Whether or not Star makes money out of it, is only going to affect the next bidding process, which will be for the broadcast rights of IPL from 2023 onwards. If Star fails to recover money till 2022, the other broadcasters who try to bid for the next section of IPL editions will only suffer. Right now, at this moment, or for the coming five years, there’s nothing that Sony stands to gain out of this war of words that it is trying to wage.

However, Star Network was prima facie responsible for the flare-up in the performance discussion basis reach numbers as it tried to make a tall claim on the basis of reach numbers (both TV and digital combined) in the first week. It perhaps ignored the fact that industry is still not ready to accept reach of TV being clubbed with digital. Especially when TV has a credible measurement currency in BARC while the digital reach numbers were self-proclaimed.

Weaker reach and not-so-strong growth in viewership of IPL is mostly related to the distribution problem that arose after Star Network asked for nearly 40% premium on distribution deals. For their growth aspiration through subscription on the back of IPL, Star chose a tougher route and went all out to switch off its channels in a few of the key markets. For example, the Star channels were switched off on big networks in Kolkata and Central India along with Airtel, Siti Network and Asianet to name a few. Except Asianet in Kerala, which has gone to TDSAT for resolution, Star channels are back on most of the networks, albeit a bit late.

If not switch-off, there were a lot of cases of displacement of channels and change of packs (packages) on several networks as a part of the pressure tactics.

“If a deal is cracked on a certain date, it takes about 7-10 days for the channel to realise the positives on that deal,” said a senior executive at a national MSO network.

From match 10 to 17, the tournament witnessed over 35% increase in its viewership over the same number of matches played last year during the same period. In the third week, the average growth in viewership was 15%, which is against the trend where IPL viewership gets subdued in the middle of the tournament.

So, did Star harm itself by choosing distribution revenue over reach? Someone sitting at the top of the Star’s management had set the goals where the first priority was given to revenue and deal closures. Maybe, reach was the second priority which could have been improved once the deals were in place. Had reach been the priority, Star would have chosen a movie channel as a home for IPL.

Moreover, for 10 years, IPL was synonymous with Sony where the signature tune of IPL became very common to Sony. That perceived value and strong association may take some time to bring regular viewers to Star Network. With the distribution coming back on track and viewers starting to relate IPL with Star, IPL 11 may throw surprises with every passing match staying true to the virtue of cricket, which is called a game of uncertainty.