Colors’ new dance show is all about Dance Deewane 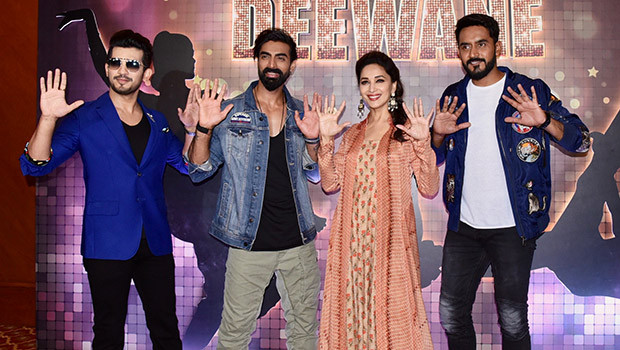 Colors is launching a new dance talent hunt show that offers three generations to perform at the same stage. Titled Dance Deewane, the show is powered by Cadbury Dairy Milk and will go on air on June 2, to be aired on Saturdays and Sundays at 9pm. The show replaces Entertainment ki Raat@9 Limited edition, which was launched on April 21 with 12 episodes.

The judge trio includes actor Madhuri Dixit Nene, Director Shashank Khaitan and Choreographer Tushar Kalia. The platform invites dancers from all walks of life and divides them into three age categories: children, youth and adults. The three finalists, one from each category, will compete for the title of being India’s unrivalled ‘Dance Deewana’. The show is produced by Dreams Vault Media.

Manisha Sharma, Programming Head, Colors, said, “During the audition phase, the participants proved that if one is passionate about dancing, age is no bar. Heading the panel will be dance stalwarts – dancing diva Dixit along with choreographer Kalia and director Khaitan. The trio makes a fantastic combination who will judge these talented participants on the basis of their passion for dance and bring all three generations together.”

Arvind Rao, Producer, Dreams Vault Media, said, “Normally every show restricts people by putting an age limit. That was the first and biggest change we made to our format as our country has a lot of untapped talent that deserves an opportunity to be brought to the fore.”

Encouraging the contestants in the inaugural episode will be industry stalwarts Salman Khan, Anil Kapoor, Jacqueline Fernandes and Daisy Shah.