The show will be telecast from Monday to Friday at 9pm, starting April 23. The show is an attempt to present a progressive take on body-shaming. Rekka Katti Parakathu Manasu will be shifted to 10pm and Thalayani Pookal will be telecast at 10.30pm 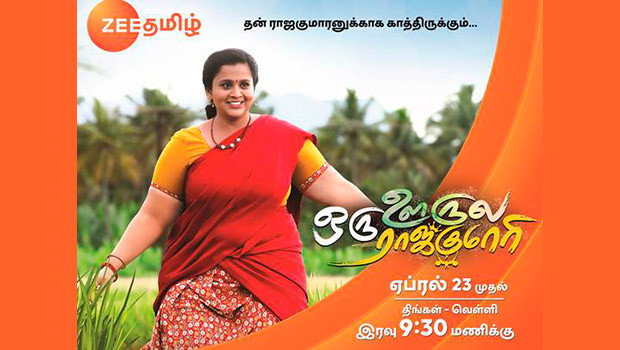 The Tamil general entertainment channel (GEC) from ZEEL, Zee Tamil, is launching its new fiction show ‘Oru Oorla Oru Rajakumari’. The show will attempt to present a progressive take on body-shaming prevalent in the society today.

The female protagonist of the show is not the one who fits in the stereotyped ‘heroine’ bracket. Trying to break all stereotypes, Oru Orula Oru Rajakumari is the story of a young, chubby girl Rasathi, who fights all odds against body-shaming.

Adding to the evening fiction band, the show will be telecast from Monday to Friday at 9pm, starting April 23. With this, Rekka Katti Parakathu Manasu will be shifted to 10pm slot and Thalayani Pookal will be telecast at 10.30pm.

Born in a village that celebrates kabaddi as their traditional sport, Rasathi is a young and kind-hearted girl who is quite popular in her village, but is shamed for her appearance. Her mother Senbakavalli is worried about Rasathi’s future and fears that her daughter might never get married because of her appearance.

Over time, the tables are turned and Rasathi gets married to Iniyan, the village’s most celebrated kabaddi player. How she wins over her husband’s heart over time forms the crux of the story. The show is directed by R Devendran and produced by Joni films.

The actors in the show are Ashwini, Savitha Anand and Vasanth in the lead roles.

A channel spokesperson said, “While we maintain our traditional signature shows in Zee Tamil, we have never feared stepping out of our comfort zone to experiment and explore different concepts in fiction shows. Oru Orula Oru Rajakumari is one such example where we aim to live by our brand ideology – ‘progressing while preserving’. Addressing a socially relevant issue such as body-shaming is very important for us at Zee Tamil, and we hope that Rasathi is a role model for those who face the social evil.”