The channel had launched a similar show, Queens of Comedy, last year, which was the first show featuring only female comedians 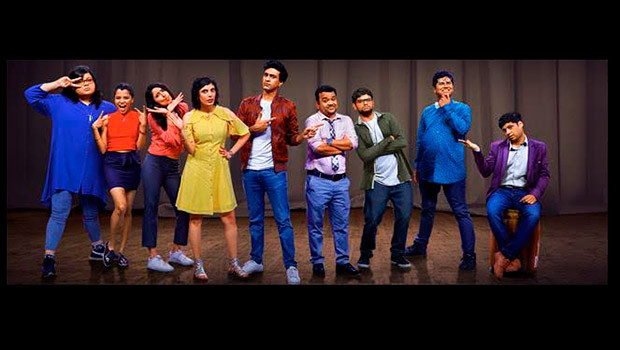 TLC, a lifestyle channel, has announced the launch of a comedy reality show ‘Queens vs Kings’, which will be a competition of sorts between male and female stand-up comedians. TLC had launched a similar show, Queens of Comedy, last year: the first show featuring only female comedians.

Hosted by Rahul Subramanian, the show will have Anu Menon, TV anchor known for her alter ego Lola Kutty leading the Queens and Varun Thakur, stand-up comic, actor and co-founder of SnG Comedy leading the Kings.

Each leader will have three comedians in their team, who will be put in the spotlight in the biggest stand-off that pits them against each other to be funny on the spot. The show will premiere on Monday, April 23, at 9 pm on TLC and TLC’s YouTube channel, Rise by TLC.

Queens vs Kings is based on a key insight of gender-based biases and stereotypes that have been formed since times unknown, which have led to both the genders having polarising views on host of issues. It is a known fact that both the sexes are frequently at odds with each other for their differentiated opinions. This unique stage of Queens vs Kings provides a platform that gives the two sexes the opportunity to ‘Even the Odds’ at least in comedy.

Queens Vs Kings is co-presented by Fiama and co-powered by Vini Cosmetics, Toyota and Byju’s while Fastrack has come on board as the style partner. The series has attracted Lotus Herbals, Vivo India, Bharti Airtel, Canon India, Hamdard Laboratories, Glenmark Pharmaceuticals, Abu Dhabi Tourism and Swiggy as associate sponsors.

Zulfia Waris, Vice-President and Head, Premium and Digital Networks, Discovery Communications India, said, “The concept of battle of sexes makes the situation as well as spin offs that can arise there off inherently funny. It is interesting to note how the two genders look upon the same situation in uniquely different ways. Queens Vs Kings plays up this aspect as the teams work hard to make people laugh, focusing on multiple issues like sexism, sensationalism, classism, tourism, professionalism and many more.”

Tags: TLC Queens vs Kings
Advertisment
More from this section