When Rocha realised that Science wasn’t his field of interest he didn’t waste any time in pursing what he really did like – advertising and marketing. Armed with a Bachelors in Mass Media (also his first distinction), Rocha stepped into the world of advertising and has never looked back 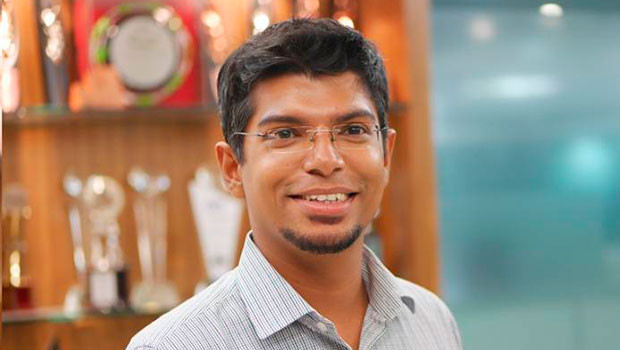 After completing his SSC exams, Cornell Rocha, like many in the country, took up the field of science to build a career in, but it didn’t take him long to realise that science was not his forte or where his passion lay.

“I have always had an inclination towards creativity and brands and, therefore, after completing my HSC, I decided to pursue Bachelors in Mass Media (BMM).”

When Rocha got his first distinction (in his first-year exams), all doubts he had harboured about entering the field of advertising vanished.

Rocha started working with Network Advertising, a 360-degree advertising agency, right after completing his BMM in 2008.

“At Network Advertising, I honed my skills in communication and worked on some of the top brands in the country like Bridgestone, Nutrela, Blue Dart-DHL, Bank of Baroda, SOTC, Indian Oil, Jetking, GVK, etc. During this time, I also broadened my knowledge base by doing my Masters in Marketing Management.”

Eventually, having helped build brands on a national level, Rocha realised that he wanted to explore working on a global brand and learn the nuances of strategy, insights and communication, while also getting a global exposure.

“When an opportunity came up at FCB for the account of Nivea, I grabbed it with both hands. I handle the women’s portfolio of Nivea products here. It has been a very interesting journey here at FCB so far.”

Rocha, who has completed about two-and-a-half years at FCB Interface, thinks that the most challenging project he has worked on so far is the very first project he did for Nivea after joining FCB.

“The project we did for Nivea Crème would have to be the most challenging project that I have worked on so far. It was the very first communication that Nivea was doing for Crème in India. The whole project came into being from the observation that while Nivea was growing in market share, its brand equity scores were stagnant and didn’t move up. Research revealed that the reason behind this was that competitive brands scored better on ‘Niveaness’ parameters like ‘care’, ‘trustworthy’, ‘mild’, ‘feel good in my skin’, etc. So, care as a platform was not unique to Nivea, and other brands occupied it in some way or the other. The task, therefore, was to focus on building Nivea Crème’s values through advertising, thereby creating a distinct, meaningful space in the target audience’s (Indian mothers) mind in an emotionally engaging manner. The insight that we used was that Indian mothers are generally more apprehensive and afraid to let go of their children beyond their ‘radar’. Children being children, they want to go out, play and explore life outside home. The strategy and role of the brand was to provide relief to the conflict/tension (in the mother’s mind) and build a moment of love and togetherness between the mother and child. We latched on to that insight and came up with some really emotional communication targeting mothers. The campaign did very well.”

The launch of the T2 terminal was, according to Rocha, the most fun project he has worked on till now.

“The whole thought behind the new terminal was that airports around the world are swanky and good looking but they don’t really have a soul. GVK wanted the T2 terminal to have a soul and reflect the culture and tradition of India. A lot went into the launch of the new terminal and it was very hectic, but it was a lot of fun at the same.”

Known as a closet copywriter, the one thing that appeals to Rocha the most about his profession is the fact that it allows him to flex his creative muscle.

“Right from my college days, I was the guy people would go to for ideas. I took a liking to writing in college and throughout my advertising career I have written a lot even though I am not a part of the core creative team. I am also someone who likes to be in the thick of things and likes to get things done and while the idea is important, its proper execution is also equally important and that is what I love about account management.”

According to Rocha, his ‘never say die’ attitude is his biggest strength and he considers digital as something that he needs to work upon.

“Being in mainline, I think digital is something I need to improve upon.”

Speaking about his biggest achievement, Rocha said, “Last year FCB Global organised a contest where participants across the world were invited to be the Agency’s first ever social media reporter at Cannes Lions 2017. The prize was an all-expenses paid trip to Cannes Lions 2017 and the opportunity to report the happenings at the festival to FCB’s global network on Twitter, Instagram and Facebook. The contest was open to all FCB employees across the globe who were below 30 years of age. Each participant had to prove to the jury in a single Instagram post as to why they should be the ‘FCB Social Eye’. I was the only participant from India and my post was voted the best among over a 100 entries, by a jury that comprised the top management of FCB Global. I then had to present a plan to cover the festival and execute it as well at Cannes. My coverage of the festival on the agency’s social media handles was much appreciated by the global FCB network.”

Rocha likes to play football and to travel during his spare time. An avid Instagramer, Rocha believes that if he hadn’t found his calling in advertising he would have surely made a career as a travel blogger.