Rajeev Chandrasekhar resigns as Board Director of Republic TV 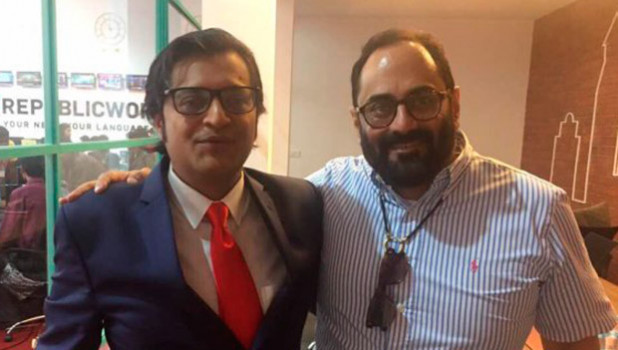 In his resignation letter, Chandrasekhar said, “As you are aware, from 2006 I have been in public life as an Independent MI and not a member of any political party. Since I am now a member of the BJP, I belive it is in the best interest of Republic TV’s brand and team that I no longer serve on the board.”

“In my career as an investor and entrepreneur, I have had the privilege of investing and building several successful companies and brands. This mediatech investment in Republic ranks high amongst my many investments and it has been a pleasure to witness first-hand the amazing journey and growth over the first year of this brand under the leadership of Arnab and his team. I wish them continued success and growth,” he added.

Chandrasekhar was one of the largest investors and a director in Republic. Chandrasekhar owns media investments through Jupiter Capital and has major investments in Asianet News Network in Kerala, and Suvarna News and Kannada Prabha in Karnataka.