IPL 11: Are advertisers getting the bang for their buck?

BestMediaInfo.com speaks to advertisers, media planners and industry experts to understand if advertisers would get the return on their investment or if IPL on Star India would end up as a high-on-perception and low-on-returns game 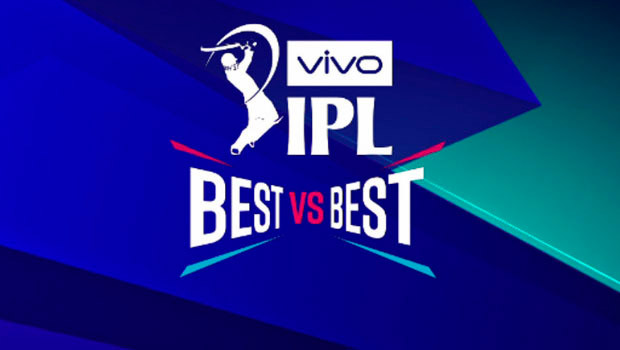 The first set of viewership data on IPL 11 has shown an increase of 8% in 2+ All India market for first eight matches, while this hike is almost 15% in the urban markets, compared to IPL 10. Against this, the popular estimate is that Star India has sold the advertising slots at rates almost 35-40% higher than that of the ad rates commanded by IPL 10.

The ad rates reportedly jumped from Rs 6-7 lakh for a 10-second spot that Sony charged until last year up to Rs 10 lakh for a 10-second spot across 10 channels of Star India. Some of the early partners to sign up were Vivo, Coca Cola, Polycab, Parle, Kent, Elica and Dream11, while some of the latest additions are Pepperfry, Honeywell, JG Hosiery, Dixcy, Hyderabad Industries, Pan Bahar and Sri Sri Ayurveda.

According to an advertiser, it was a deal worth one's money as the broadcaster promised a 25% increase in viewership.

BestMediaInfo.com spoke to advertisers, media planners and industry experts to understand if advertisers would get the return on their investment or if IPL on Star India would end up as a high-on-perception and low-on-returns game.

Speaking on the value for money, Mayank Shah, Category Head, Biscuits, Parle Products, said, “Star India had promised about 25% increase in viewership, which is not how it is looking like, as of now. Though these are early days, we are already in discussions with them to see what can be done to increase the RoI.”

Going further, he said, “Looking at their rates, I think anything less than 25% increase in viewership would not be worth it. A healthy growth was expected from the southern markets, which has happened. But unfortunately, HSM (Hindi-speaking market) viewership has dropped. They have not been able to maintain it. I think the network will have to do some fire-fighting there to improve viewership in HSM.”

In rural markets, the first eight matches got almost the same viewership as last year. In urban it increased by a little less than 15%.

A senior industry observer and an independent media specialist, Sundeep Nagpal, Founder-Director, Stratagem Media, said, “IPL has never been only about value for money, especially not in the tangible sense. It has to do more with the perception of being associated with such an extravagant/prestigious property. I don’t think while associating with IPL, advertisers think about the CPRP, cost-effectiveness or hard-core RoI. IPL delivers brand imagery and a perceived value, given its association with the big-daddies of the corporate, sports and film world.”

Nagpal feels that IPL is possibly the biggest property to advertise on TV, “From recall point of view, if a certain campaign is placed on any other tent-poled TV properties with similar or slightly higher frequencies, it may well generate levels of similar brand recall. But as against this, IPL's imagery and prestige factor are probably bigger reasons for advertisers to associate with it.”

It is true that the tournament has become the biggest-of-its-kind in the country. Even the world over, the kind of pace at which it has grown is only comparable to the likes of Superbowl, La Liga and EPL. IPL is surely growing, but the pace of viewership has definitely slowed down. How worrying is this for advertisers?

Vidhu Sagar, National Director, Media, PointNine Lintas, said that IPL was growing in stature very much on the lines of Superbowl and has shown similar consistency in last 10 years.

"There is some uptick in the viewership of IPL. It may not be directly proportional to the hike in the sponsorship monies. Let’s draw an analogy with Superbowl. People create special advertising just for that one event and mammoth monies are put behind those campaigns. That’s because eyeballs are almost guaranteed. IPL is going in that direction. It's growing in power, scale and stature, every year.”

A media planner who did not want to be named, said, “Star India had demanded almost 85-90% higher ad rates from the market and were adamant on not reducing it. Though they later relaxed the ad rates, a few buyers had already hopped on to the bus."

“The viewership numbers might increase marginally, but the base is huge. There might not be directly any positive correlation with the advertising rates hike. Rates are also related to what the broadcasters are paying for the telecast rights. Those bids are never completely scientific and the ad rates too tend to move in that direction. This cost is transferred to the advertiser, who has to pay more to be associated with something that has almost guaranteed viewership of a certain extent.”

One of the things worth noting here is that Sony had put its biggest bet on IPL on Set Max, their Hindi movies channel. On the other hand, Star India restricted the tournament to the sports cluster, except for the two southern markets and the Bengal market where it telecast the tourney on the respective regional movie channels. Though it is great that Star India has managed to grab such a high reach on the back of the sports channels, this has posed an issue that Shah of Parle Products specified.

He explained, "Sony pushed the viewership by treating IPL as an entertainment property. Star has tried to make it more of a sports property and that is a problem to my mind.”

Parle Products has been associate sponsors of IPL in four out of 11 seasons, but even when they were not, they were running enough ads.

This was the first time when IPL was being sold to the advertisers for consolidated TV and digital screen package. But there were deals that were made for TV only and those for digital only.

Some of the advertisers could certainly go back to Star India and ask for a recalibration of their RoIs. However, not all advertisers are doubtful about the performance. One of the 10 leading advertisers on IPL that has opted for the consolidated TV+digital deal said, “While viewership is marginally up, reach is 3% lower. But the digital reach has increased. So, for me, TV is being compensated for by digital. It's too early to predict anyway. I believe that both TV and digital put together, the final reach numbers would be much higher.”

On the other hand, Parle Products hasn’t chosen to be on the handheld devices. Parle’s Shah has a different theory. He said, “On digital, one has the ability to micro target. If I am able to micro target on some other property, I don't think the premium on IPL for digital is justified. A viewer is a viewer on digital, be it IPL or anything else. When cost per contact is low in other properties, why will I go to IPL?”

Though just like the matches, nobody knows what the result will be for advertisers till the final over is bowled.

Tags: IPL 11 Are advertisers getting the bang for their buck?
Advertisment
More from this section