The company that currently has a 4% market share in the Rs 10,000-crore ice cream and frozen desserts segment will use TV primarily to reach out to consumers

As Ahmedabad-based ice cream brand Havmor strengthens its presence in North and South India, the company is looking at an aggressive marketing push with an annual budget of Rs 40 crore.

The company that has an annual revenue of Rs 550 crore was acquired by Lotte confectionery in 2017 for Rs 1,020 crore. The ice cream brand is now looking at doubling its revenue in the next seven-eight years by expanding out of its traditional market of West India.

Just last year, the brand announced its plans to expand its footprints in North and South India and Rele agrees that Havmor‚Äôs marketing budget has seen an increase proportionate to the company‚Äôs growth. 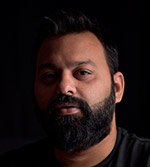 While it is true that not many ice cream brands do a lot of ATL advertising, this is Havmor‚Äôs third year on air and Rele feels the trend is here to stay.

Of Havmor‚Äôs annual marketing budget, which is between Rs 30-40 crore, 6% is spent on digital.

Emphasising the increasing importance of digital for the brand Rele said, ‚ÄúWhen I joined Havmor, the digital spend was about 1.5% but now it stands at about 6%. We are probably the largest digital spender and probably the most active digital brand in the ice cream space. I am a big believer in digital and that is based on the fact that I know who my audience is. Typically, an ice cream brand targets everyone from a six-year-old to a 45-year-old but can you think of the last time that you met a six-year-old who thought like a 45-year-old? That doesn‚Äôt happen. Our digital approach is targeted.‚Äù

An example of their digital approach would be a campaign that Havmor did last year called ‚ÄòThe Coolest Summer Job‚Äô. The idea was to tackle a business problem; the problem being how can a 72-year-old brand keep coming up with new flavours. The campaign presented an opportunity to consumers to be a part of the ice cream brand. The winners were given the opportunity to invent new flavours for the brand.

While the summer season still accounts for a big chunk of the brand‚Äôs business, about 30-35% of the annual revenue, Rele has been observing decreasing dependency on the hotter months of the year.

Rele feels the shift is a result of consumption pattern and market expansion.

‚ÄúI think this decreasing dependency on the summer season is a combination of consumption pattern and market expansion. If you look at where we were traditionally, we were largely in Western India. The monsoon in Western India lasts for three months of the year but in other parts of the country that phenomenon doesn‚Äôt exist that much. So, to a certain extent that dependency on seasonality is reducing. Also, the consumption habits of Indians are changing. Indians, in general, are starting to go out more. As far as the younger customers are concerned, their spending habits don‚Äôt change according to the season,‚Äù said Rele.

Havmor is also trying to bring in a lot of India-specific products and that is a big part of their marketing strategy.

‚ÄúThe focus for the last few years, in the country, has been Make in India but our approach is a little different. It is Making for India. We are trying to make products specifically for India and we have already launched a couple of products like the Chai Biscuit inspired ice cream, the Ras Malai flavour, the Shahi Kheer flavour among others. See, at the end of the day, ice cream is an impulse purchase and no matter how many times I bombard you with my messaging, you will go to the nearest ice cream shop and buy what is available there. The minute you try to create flavours and products that others don‚Äôt have, your point of differentiation becomes much defined. Marketing often looks at product development as a different function but it isn‚Äôt like that for us. Marketing is as involved with product development as R&D is because we work so closely with the pulse of the market,‚Äù Rele said.