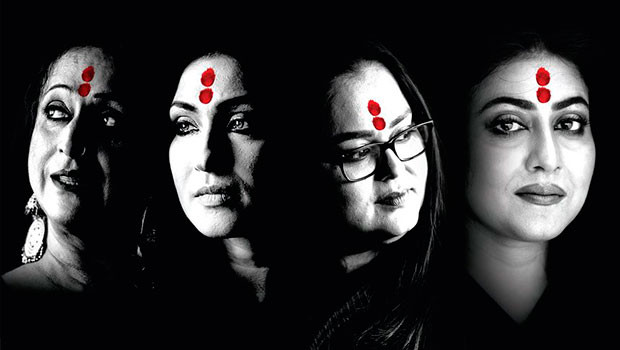 FCB India is the only Indian advertising agency that walked away with a Yellow Pencil at the D&AD Awards 2018. The agency won a Yellow Pencil for the Times of India’s campaign #NoConditionsApply in the Community Experience category.

Crafted by FCB India, The Times of India’s campaign #NoConditionsApply was launched during Durga Puja in September 2017, extending TOI’s #NoConditionApply to call for inclusive celebrations and celebrating tradition without division.

Excited on the win, Swati Bhattacharya, CCO, FCB Ulka, said, “I am humbled by the win! It is a moment of great pride and a testimony of our journey of being brave!”

Roads That Honk conceptualised by Leo Burnett India for Hindustan Petroleum won a Wood Pencil in the Product Design category.

The 56th D&AD Professional Awards Ceremony took place on April 26 in London, where three Black Pencils – the highest accolade in the creative industry – were awarded.

Host/Havas claimed one Black Pencil for its Palau Pledge campaign for the Palau Legacy Project, which requires visitors to Palau to sign a passport pledge to act in an ecologically responsible way on the island.

Saatchi & Saatchi NY took home a Black Pencil for their It’s a Tide Ad campaign, which took over the airwaves during this year’s Super Bowl.

In total, 721 Pencils were awarded during D&AD Judging 2018. The number of Pencils awarded by level is as follows: Tim Lindsay, CEO, D&AD, said, “This has been an outstanding year for creativity. We received entries from 50 countries across all continents, attesting to the truly global nature of our programme and the impact of D&AD in stimulating and celebrating talent from around the world.”

“Three Black Pencils have been awarded, two of which use creativity as a means to create a better world. But we’ve also seen a marked focus on humour and playfulness. Design and advertising can be used to encourage debate and engender social discourse, but it can and should also entertain. Also, sell stuff. In the current social and economic climate, we need all of the above,” Lindsay added.

Top 3 Most Awarded Design Agencies are:

Jones Knowles Ritchie – five Pencils including one Yellow, one Graphite and four Wood.

Top 3 Most Awarded Advertising Agencies are:

Top 3 Most Awarded Production Companies are:

For the second consecutive year, the United States has topped the country rankings with the United Kingdom coming in second and Japan third.

This year the President’s Award goes to Colleen DeCourcy and Susan Hoffman from Wieden + Kennedy.

Steve Vranakis, President, D&AD, commented, “Every D&AD President gets to choose one of their creative heroes to give the President's Award. They're always giants of our industry, hugely awarded, respected by the whole community, great achievers, ground-breaking creative practitioners and much-loved leaders.”

“This year we celebrate the extraordinary achievement in advertising of not one, but two such leaders: Colleen DeCourcy and Susan Hoffman. Together, they co-chief and creative-direct one of the world’s finest creative agencies, Wieden + Kennedy, an agency we all know, love and respect. I am hugely honoured to recognise their achievement and their outstanding contribution to creative excellence,” Vranakis added.