Conceptualised by McCann India, with the theme ‘Har Rishta Bola, Mere Naam Ki Coca-Cola’, the narrative draws upon the significance of relationships for Indians and reignites them by creating moments of happiness that comes from sharing a Coke 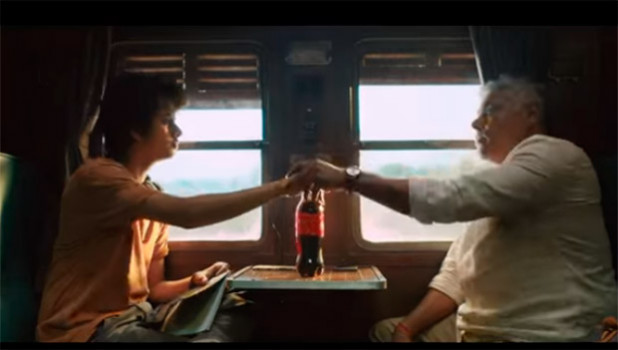 Coca-Cola India has unveiled a new ad campaign for its recently launched ‘Share A Coke’ initiative. #ShareACokeIndia is the Indian spin of Coca-Cola’s one of the most successful global campaigns, which has been reinvented to connect with the Indian consumers, taking ‘relationships’ as the concept.

With the theme ‘Har Rishta Bola, Mere Naam Ki Coca-Cola’, the narrative draws upon the significance of relationships for Indians and reignites them by creating moments of happiness that comes from sharing a Coke.

The new TVC commercial begins in a train with a father and son taking a journey together. With his son sitting across, the father takes out the Coca-Cola bottle from his bag. The son goes forward to pick up the bottle but his father slaps his hand. The son is astonished and his father keeps looking at him. The father then turns the bottle. The word ‘friend’ is written on the label of the bottle and he gestures at his son. The son then types something on his mobile phone very fast and grabs the Coca-Cola bottle. The son gestures him to look at the mobile phone and reads ‘Friend request accepted’. The father happily removes his hand from the bottle while looking at the mobile phone, while the son gulps Coca-Cola from the bottle.

Explaining the thought behind the campaign, Ajay Bathija, Director, Colas, Coca-Cola India and South-West Asia, said, “Share A Coke campaign has sparked imagination across the globe and received overwhelming love from the consumers. We are delighted to bring this campaign to India and create more ways for people to enjoy their special moments of togetherness with the people they care about. The new TVC captures the essence of unique relationships and celebrates connecting people together in a new way. It is this refreshing take on changed nuances of relationships that is the core of our communication.” 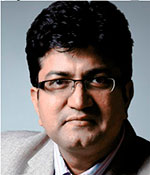 Highlighting the thought behind the campaign, Prasoon Joshi, Chairman, Asia Pacific, CEO and CCO, McCann Worldgroup, said, “The core of Coca-Cola communication has always been about magical moments in relationships between people. Share A Coke campaign is also about the true meaning of relationships and the charm in how we express those emotions. The brand again plays the enabler of that magic between people and their relationships.”

As part of Share A Coke campaign, Coca-Cola India conducted a survey among its target audience of 18-29 year olds to identify what the campaign should be about. Out of the five concepts shared with the participants (name, designations, relationships, film dialogues and film names), most of them picked relationships. Participants were asked to list their top 20 relationships and the most popular ones made their way to the labels on bottles and cans. The process helped Coca-Cola understand the relationships that are most significant to today’s youth.

Labels have been created in 12 languages, which are English, Hindi, Tamil, Telugu, Kannada, Bengali, Malayalam, Oriya, Assamese, Gujarati, Punjabi and Marathi. Each relationship is accompanied by an exciting descriptor, such as Grandad (Old School. Yet Cool), Grandma (Scolds me. Spoils me), Daddy (My teacher. My friend), Mom (Above the rest. Simply the best) Son (My devil. My angel), Sis (Supermodel. Super role model), Bro (Troublemaker. Merrymaker), Boss (Pushes me. Promotes me) and nicknames including BFF (Laughs with me. Cries with me), Bae (Bugs me. Hugs me).

The innovative 'Share A Coke' cans and Pet bottles are available across India and can be purchased at same retail price.

The ‘Share A Coke’ campaign was first launched in Australia in 2011, as an exciting new concept of identifying ways in which consumers could share their favourite beverage with friends and family. Initially named ‘Project Connect,’ the campaign entailed new packaging that had the ‘Share a Coke’ logo followed by one of 150 names popular in Australia. The campaign took personalisation to a whole new level, connecting emotionally with consumers, and enjoyed tremendous success with the young adults in Australia. In the following years, it made its way around the world as ‘Share A Coke,’ getting a new spin in different regions – with popular film dialogues, film names, songs and designations printed on the labels. In the UK, the campaign first launched in 2013 with popular names. Following its success, in 2017, the labels had names of popular cities and holiday destinations from around the world.

Tags: Coca-Cola Share A Coke
Advertisment
More from this section