Canon eyes millennials in its campaign to promote new cameras

Through its new campaign jointly conceptualised by Hakuhodo India (for offline) and Dentsu Webchutney (for digital), exclusively designed for its recently launched entry-level DSLRs EOS 1500D and EOS 3000D, Canon is trying to appeal to the younger generation 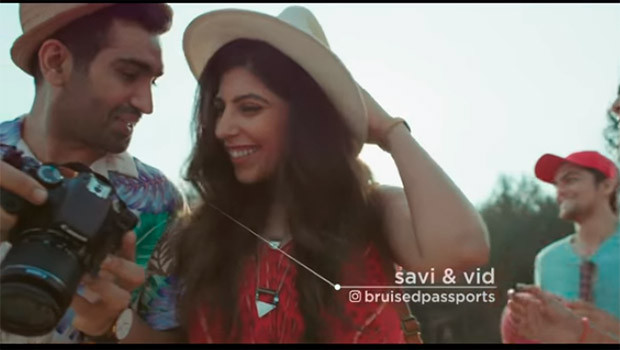 After a brief lull in its marketing and advertising endeavours, Japanese multinational company Canon has come out with a new campaign to promote its recently launched entry-level DSLRs EOS 1500D and EOS 3000D and also to strike a chord with millennnials.

“We have just introduced two new products and we wanted to launch a very big campaign to promote them. We want to encourage the culture of photography in India because we are seeing an increase in entry-level consumers and so we want to target the millennials,” Eddie Udagawa, Vice-President, Consumer Imaging and Information Centre, Canon India, said. While Udagawa was not forthcoming about the amount spent on this campaign, he did mention that this is the brand’s biggest marketing outing for the year.

As a part of this campaign, Canon has engaged with three social media travel influencers who will be associated with the brand for about three weeks from April 12. The influencers, identified on social media platforms as Bruisedpassport, Sadak_Chap and Dharnidh, will capture their experiences according to their individual themes and will share content and contribute to a microsite, categorically designed for the campaign under the name #EOSTrip

The campaign is jointly conceptualised by Hakuhodo India who is the agency for traditional media for Canon and Dentsu Webchutney, its digital agency. A 360-degree campaign will have emphasis on digital as it is targeted towards a younger audience.

“These days digital is very important. There will of course be TV and print presence but because our target audience for this campaign are the millennials and because the youngsters are present more on digital, it is a very important medium for us,” said Udagawa.

With increasing penetration of smartphones, one would assume traditional camera giants to feel a little insecure about their standing in the market. But, according to Udagawa, he is actually happy that smartphone sales are increasing.

“The fact that more people are buying smartphones and clicking pictures with them is actually good news. Because only when you click a picture from a smartphone will you realise that to get a really high quality, good picture, you need a DSLR. One must also remember that today more and more people are clicking pictures to upload them on social media sites and get likes. So, if people click pictures from a phone camera, those pictures don’t come out very well and therefore people click pictures by DSLRs and upload them to get more likes,” said Udagawa.

Conon currently holds a market share of more than 50% in the country and is the leading imaging and optical products manufacturer in India.

Speaking about his plans for India, Udagawa said, “We want more people to use our cameras and not just in the Metros but also in the tier II, III and IV cities as well. We are trying to reach these cities through workshops. We also have Canon Image Square, which is our exclusive franchise shop and we are trying to open more of these shops in tier II, III and IV cities.”