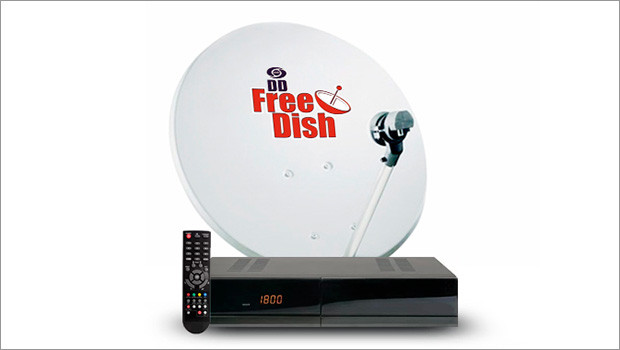 The country's top private broadcasters have hinted that any move by the government to increase carriage fees on DD’s Freedish could force them to move away from the platform.

The broadcasters said the payment being made to Doordarshan for carrying free-to-air private channels was comparable to the carriage fee they were paying to other DTH operators.

The Ministry of Information and Broadcasting, under Smriti Irani, has reportedly asked Prasar Bharati to stop subsidies given to private channels on DD Freedish, review the charges and include them in the revised policy.

“I don’t think the private channels are getting any subsidy. Someone like Dish TV, which has a subscription base of about 19 million, charges anywhere between Rs 1.5-2 crore while DD Freedish has coverage of about 29 million,” said a highly placed source in a major broadcast network.

DD Freedish carries about 72 channels, including all the state-run channels like DD News, DD National, DD Sports, DD Sahyadri and other regional channels, which is nearly 25-28 in number.

If one calculates on the basis of that fact that at least 50 channels are private on DD Freedish, including the complete Hindi news portfolio, Prasar Bharati earns nearly Rs 250 crore as carriage fees.

The MIB argued these channels earn nearly Rs 500-700 crore revenue, while availing of a subsidy in carriage fee from Prasar Bharati. The public broadcaster has been told that the new policy can suggest revenue sharing between the private FTAs and DD Freedish.

Another distribution veteran, who did not want to be quoted, said, “If you take a closer look, in around 2011, when DD Direct Plus (now called DD Freedish) announced that it would start taking carriage fees, it charged about Rs 3-3.5 crore from news channels and about Rs 5-5.5 crore from entertainment channels. In seven years, the prices have reached say about Rs 8 crore for an entertainment channel, and Rs 6 crore for news channels. Have the private distribution platforms increased their carriages in a similar fashion? I don’t think so!”

It was understood that all the DTH and MSO platforms put together costs about Rs 50-60 crore in distribution for an entertainment channel, while this amount goes down to Rs 25-30 crore for a news channel. Against this, DD Freedish has a huge component.

Prasar Bharati is already in process of issuing fresh policy guidelines as it said in the TDSAT hearing on April 11, 2018. Cinema 24x7 had filed a petition in 2017 when the e-auction process for DD Freedish was unexpectedly stalled.

Meanwhile, the MIB has directed Prasar Bharati to include the new financial arrangement in the revised policy.

TDSAT has asked Prasar Bharati to take the policy decision in the next few weeks. Till that time, channels whose contracts have expired on DD Freedish or whose contracts are likely to end soon, are to be carried on a pro rata basis. Prasar Bharati has been told to finalise the e-auction process details soon. TDSAT will hear the case again on May 28, 2018.