Premiering on March 14, the show will air every Monday to Friday at 10pm. With this, Woh Apna Sa will shift to the 7 pm slot and Jeet Gayi Toh Piyaa Morre move to 11 pm 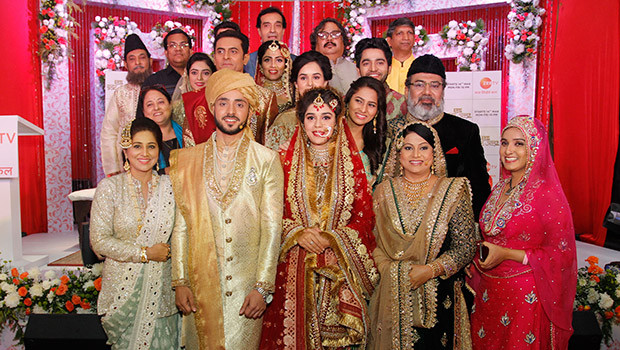 While the Triple Talaaq bill awaits judgement in the Parliament and is discussed widely in the current context, Zee TV has launched its new fiction show on the issue titled Ishq Subhan Allah. Produced by Dheeraj Kumar’s Creative Eye Limited, the show will go on-air starting March 14 and air every Monday to Friday at 10 pm. With the launch of Ishq Subhan Allah, Woh Apna Sa will shift to the 7 pm slot and Jeet Gayi Toh Piyaa Morre move to 11 pm.

Based in Lucknow, the show revolves around protagonists Kabeer and Zara who are both devout followers of Islam and interpret the ‘Quraan’ very differently. While Kabeer is a Maulvi who abides by the widely followed, traditional moral ethical code of conduct prescribed by the Shariyat board, Zara is a well-educated young woman who applies the teachings of Allah to a logical, liberal way of life based on modern fundamentals of practicality, rationality, gender equality, justice and fairness.

Zara is firstly of the view that the triple Talaaq practice is un-Islamic as it has no mention in the Quraan. In her belief, a talaaq is to be administered over a period of 60 days, giving adequate opportunity for both parties to reconcile their differences.  Viewers will be taken on a gripping journey of what happens when destiny brings Zara and Kabeer – a liberal and a staunch hard-liner together in matrimony and the clash of their ideologies sees them inching towards a talaaq. In showcasing Zara and Kabeer’s starkly opposite schools of thought, Ishq Subhan Allah urges people to re-examine their own perspective on religious practices and codes of conduct and bring an element of rationality to the way they understand and apply religion to their lives.

Deepak Rajadhyaksha, Deputy Business Head, Zee TV, said, “We started 2018 with the launch of two beautifully curated shows, Aap Ke Aa Jaane Se and Kaleerein – each of which has touched upon a contemporary Indian reality and is sensitizing the masses about the same.  Our next primetime fiction offering belongs to the Muslim social drama space that we had, ourselves, pioneered with Qubool Hai, a show that enjoyed an immensely successful run of two seasons.” Producer Dheeraj Kumar from Creative Eye Limited said, “With Ishq Subhan Allah, we want to break the stereotype and urge people to take a rational stance in matters of religion. We want to spread the message that adherence to religion cannot come at the cost of compromising practicality. Instead, one must apply the core fundamentals of one’s religion to move forward in life.”