When Majithia was still pursuing her degree in marketing, the one thing she was sure of was that she did not want to be in traditional media. Her first internship made her realise where her heart was and then there was no looking back 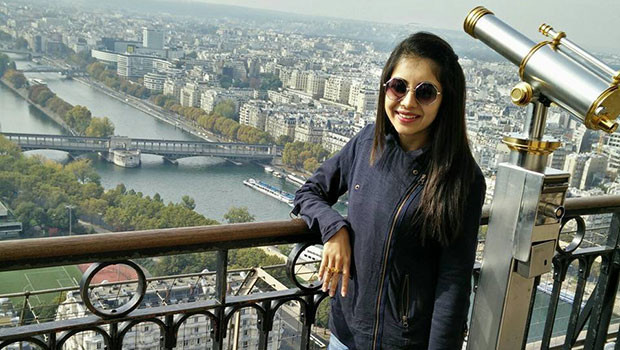 Vidhi Majithia was still pursuing her PGDM in marketing when she started pondering about the future and her career options. With an interest in branding and communication strategies, she wanted to explore a field that allowed her to work with brand communications, which impact the consumers’ mind space and drives a behavioural change.

“I was sure that I did not want to get into traditional media. But I hadn’t explored anything at all at that point. All I had was my formal learning but no real experience in the industry. My first work experience was with Dentsu Webchutney as an intern.”

As an intern in the social media team at Dentsu Webchutney, Majithia got the opportunity to work with some of the biggest brands like Kwality Wall’s Swirls, Red Label, Closeup, Top Ramen, Breezer, etc. It allowed her to deep dive into the various facets of a communication strategy and understand how will it influence the end user, functionally and emotionally.

Majithia joined Jack In The Box Worldwide as a part of the account management team and has been with them ever since.

“I joined JITB two years ago and over these two years I have had the good fortune to work on multiple brands and with our biggest content marketing platform, Unilever’s BeBeautiful.in.”

When Majithia started working on BeBeautiful, she was just testing new waters but today she knows that this is something that she loves doing. Armed with her experience with BeBeautiful, Majithia has participated in pitches, taking a content marketing angle and won them as well.

Speaking about the most fun project that she has worked on so far, Majithia said, “It has to be the project we did for BeBeautiful called Project 101. While we were doing our research, we realised that people has the most basic queries. A majority of people were searching for things like how to apply an eyeliner. While brands were busy promoting smoky eyes, there were people who still did not know how to apply an eyeliner. It was a very interesting insight and we decided to call it Project 101, symbolising going back to basics. So, we started creating content that would address these queries. We had to create some 400-500 pieces of content in one-and-a-half months, which meant we were putting out roughly 15 articles per day. It was a lot of work but it was also fun.”

But the hard work paid off for Majithia and the initiative became a reference point in Unilever to go back to basics.

Majithia feels that the most challenging project she has ever worked on is the project she is currently working on for ITC.

“It is one of the most challenging projects that I have worked on so far because, one it is a brand launch and I have never worked on a brand launch before and secondly because of the client team that I am working with. I am directly working with the Vice-President of Skincare at ITC. So, everything has to be perfect.”

According to Majithia, her biggest strength is the fact that she is a hard worker but not just that, it is also that she is a smart worker.

“When you work on multiple projects, you cannot always be doing donkey work. You have to ensure that things get done and that they get done on time. I am also very good at dealing with people and that comes in handy when your job requires you to deal with eccentric creative people every day.”

Majithia feels that her biggest weakness is that she sometimes loses patience but with a high stress job, that is often times part of the parcel.

Being awarded the ‘High Flyer of 2016’ by JITB, the agency’s in-house award for excellence is her biggest achievement so far, feels Majithia and she has already been nominated for the second time as well.

A lover of music, Majithia loves listening to the latest Punjabi blockbusters during her spare time.

So, what would she have been doing if she hadn’t found herself in the advertising industry?

“I probably would have been a painter. I have learned painting and cleared my intermediate exams as well. But I let it go when I started focusing more on my education and career. I believe if I had stuck with it, I would probably have made a career of it.”