From fretting about landing a job in advertising and marketing without any formal education in both the fields to signing off with a “Content is Queen” after being awarded the Young Gun of Content at Indian Content Marketing Awards 2016, Shah has come a long way and this is the story of that journey 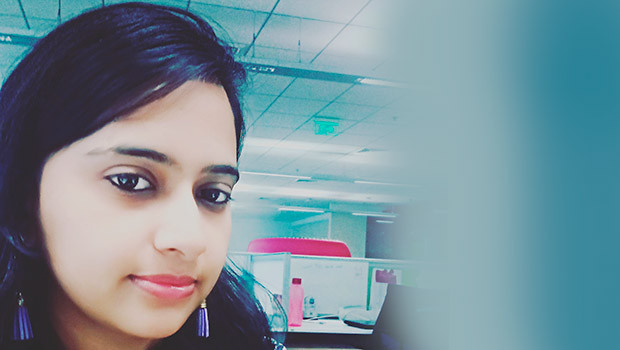 Unnati Shah likes to believe that she was born and brought up (career-wise) in digital because it was digital that gave her, her first job and it is digital that has helped her along in her journey so far.

“I was super active on social media back in 2010. At that time social media was fairly new and hadn’t evolved as a mainstream career option. One day, I saw my friend post some videos of her interviewing some people. Turned out she was the social media host for an event. She actually encouraged me to meet her boss.”

That is how Shah met Rajiv Dhingra of WATConsult and landed her first job. Shah had interviewed for the position of a social media executive but she was also offered the parallel role of business developer. Shah was with WATConsult for about seven months when she started to feel that she needed to expand her horizon beyond just doing social media.

JWT, incidentally, happened to be looking for someone with a pure play social background and Shah found herself at the right place, at the right time.

“As soon as I joined JWT, I got to handle all the social media accounts. It was a big agency and I got a lot of exposure. I ended up doing a lot of copywriting, concept creation and community management. I even worked with iPad app developers to create iPad apps.”

Shah agrees that her two years at JWT were very fulfilling but she also realised that she was handling a lot of brands and was not building onto any one brand with her skills.

“I was looking to join an agency where I would have my own KRAs and brands to manage. So, I actually tweeted about it and Sajan Raj Kurup from Creativeland Asia wanted to meet me. I had a brief discussion with Raj for about 10 minutes and then with the digital lead there for about five minutes. They offered me the job.”

“While going in, I thought I would be asked to handle a big brand like Vodafone but I was given Reliance General Insurance. As soon as I came to know about it I went online to check how and what were they doing. Turned out they did not have much of a presence online. It was a fairly young company back then.”

But this fairly young company, with hardly any presence on digital, would go on to give Shah two of the best projects she has worked on so far.

Speaking about the project she had the most fun working for, Shah said, “We were doing some research on travel insurance and realised that people did not like talking about travel insurance because people did not like to think that something will go wrong when they were on a holiday. We did not want to go online and tell people what would go wrong if they travelled without insurance and so we had to think of an alternative way to engage with people. That was when the creative team and I came up with the idea that why don’t we let people confess their fear about travelling online. We decided to co-create a graphic novel where we would give credit to the participants who submit their stories.”

The initiative, called #DarkTravelTale, was a raging success and won two Blue Elephants at Kyoorius D&AD Awards for Use of Social & Direct Innovation in the year 2016. In the same year, the campaign won a silver for Best Use of Social Media and a bronze for Best Use of Data and Analytics at DMA Echo International Awards.  OglivyOne and the team behind the campaign also won an Envy at Ogilvy’s internal awards in the year 2015.

The most challenging campaign that she has worked on so far was also for Reliance General Insurance.

“We were briefed by the client on driving child safety as an agenda for Reliance. A cause that is close to my heart is child labour and I pushed for this issue to be addressed via the campaign. I was asked to work on an idea. Our team came up with this idea that people would tweet what they normally would but in capitals and thus not employing the little ones. The little ones here being children. The client loved the idea and CRY, who we were partnering with, also loved the idea. But it was challenging because it was such a sensitive topic and therefore we couldn’t afford to make any mistakes.”

The campaign, again, went on to win many awards among which a Blue Elephant at Kyoorius D&AD Awards for Advertising & Marketing Communications – PSA in 2017 was one.

After two years with OgilvyOne, Shah realised she wanted to do something with brand communication and branded content. She ended up interviewing for Axis Bank and has been with the organisation ever since.

“Life here at Axis has been interesting. I work closely with our CMO and my advertising agency background has helped me immensely here. I gel very well with the agency people, our timelines are never an issue and I know when to negotiate and when not to.”

Shah, who won the Young Gun of Content at Indian Content Marketing Awards 2016, considers the fact that she has come so far in her career, despite not having any formal education in the field, as her biggest achievement.

In her spare time Shah likes cooking and doing small DIY (Do it Yourself) projects.

So, if not advertising what would she have been doing?

“I really don’t know where I would have landed if not advertising but seeing how my interests are inclined I probably would become an entrepreneur.”