BestMediaInfo spoke to marketers across categories to understand how Indian advertisers are looking at digital and its growth, and to analyse its shortcomings 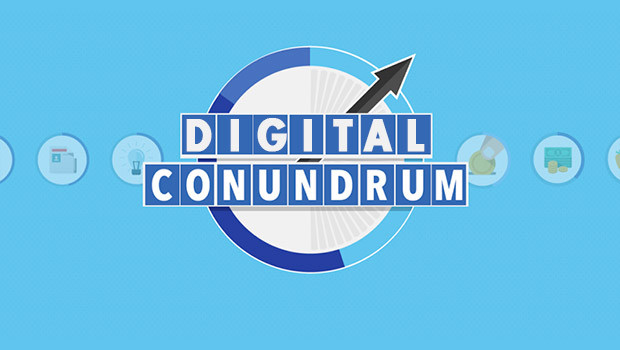 At a time when everybody was optimistic about the growth of digital and all media reports were pointing at a double-digit growth for at least a couple of years, two global FMCG giants, P&G and Unilever, substantially reduced their ad spends on the medium.

The companies reduced their spends because of falling ROI and rising digital ad frauds. The move triggered a debate in the media industry over the falling influence of digital. One of the two major advertising platforms, Facebook, is already facing a credibility issue for reportedly compromising user data. The social networking giant has taken to print to apologise to its users in the UK.

DAN had recently predicted that digital will become 25% of the total adex by 2020, while GroupM’s TYNY report predicted digital to reach the same percentage in the next three years.

But that may not be the case anymore.

A leading market observer suggested that companies might be finding lack of correlation between digital content videos and purchase intent, which could be leading to a cut in the budget. But any such cut is yet to be seen in India.

"Whenever a marketer qualifies a marketing investment, it is heavily dependent on how it impacts the intention to purchase. Their finding on content videos, on which the company invested in the last couple of years, said these are not meeting the intention of purchase. This decision possibly comes from that framework of thoughts,” she said.

BestMediaInfo spoke to marketers across categories to understand how are the Indian advertisers looking at digital and its growth, and its shortcomings.

Advertising on digital in times of data breach

Digital has its shortcomings like viewability, ad frauds and many other issues. Marketers are getting wary of these and investing carefully. But why are the media agencies so pro-digital? A marketer who didn’t want to be named, said, “The agencies’ earnings are increasing, despite the declining margins on traditional media. There is a handsome compensation on digital planning, which is as big as 20%, against a 1-2% on traditional media. They have all the reasons to push digital.”

From the point of view of slashing budgets and prediction of one-fourth contribution to the total adex, this is a contradiction that is still staring at the industry.

Neeraj Chaturvedi, ‎Group Chief Marketing Officer, ‎Housing.com, PropTiger.com and Makaan.com, said, “This is not a contradiction but a reaction to what we have seen across the last two years and perhaps the Cambridge Analytica issue has been somewhat the tipping point. So while the environment where the ads appear had been an issue, now this new issue of data security means brands are unable to guarantee safety for them and their fans on platforms like Facebook.”

He explained, “Why I say this is not a contradiction is because product or media evolves with inputs from its users or clients. In this case, the clients have given a strong indication to the digital advertising ecosystem that they need to fix these issues and that they are more accountable than they previously believed they were. I just see this as a necessary hiccup. I am sure digital advertising will reach resolve this and reach the 18% mark, albeit a bit later than was expected.”

Will digital ad growth be saturated?

Looking at the U-turn that brands have taken on their spends on digital and also because of the fact that almost all of them are venturing too carefully into the digital domain, has the medium reached its peak already? Will it settle at where it is right now?

Rajiv Dubey, GM, Dabur India denies it, like many other marketers. He said, “It is still evolving. It is just that people are watching their spends very closely now. There are back calculations happening, the focus on RoI is increasing to another level and any investment that doesn’t lead to returns is being either withdrawn or diverted. More people are linking it into the sales figures, rather than just getting carried away by the hype.”

This might be true. RoI is under the scanner more than ever before. Look at how Patanjali has been spending on news channels, probably because they saw the results early on.

Chaturvedi added, “Rather I think with the generations, the medium will grow more. While TV is still a huge number, there are a lot of people who have moved out of TV and are watching content on their VOD platforms. There might be a time when subscription rules. A disruption is sure to happen in the traditional medium, whether or not on account of digital. I don’t think this is the peak. The generations to come will be far more digital.” Sumeet Narang, Vice-President, Marketing (motorcycles), Bajaj Auto feels that there is an immediate need to increase the spends on digital. He explained, “Ads are planned differently than content videos. Ads are focused more on selling proposition, while content videos tend to focus more around brand values. For ads, we look at how we can maximise reach through an optimum TV plus digital – more of a screen independent - plan. I don’t think any data or reading shows that digital is saturating, but I still feel that if digital needs to start commanding higher investments, somewhere marketers need more confidence on integrated planning tools. While there are enough data points that penetration is increasing for digital, more robust measurements are required to make that significant radical shift in our marketing budget away from conventional media.”

One fundamental difference between the two platforms is how you target your consumers. While digital is all about targeting the consumers from limited and more focused demographics, TV is like bombarding the message across a wide audience base. What is better for the marketers and why? A lot of people have discussed in hushed voices that extra focussing on digital is hurting the brands.

Explaining further, Dubey added, “Spill over in some amounts is good for the brands and business. If I am spilling over my advertising, I am reaching some prospective customers, who will come back to me later on. It helps in customer acquisition. If I am targeting too sharply, then I am limiting my reach. In an FMCG scenario, sharp targeting doesn’t always work. It is such a wide consumer base. One wants to go as mass as possible.”

While this makes sense, there are categories that are completely digital and would have a better ‘call for action’ through digital. Understanding this, Chaturvedi said, “As far as brand building is concerned, TV has better impact on the viewer if the same ad runs on TV versus running on a mobile screen. This is simply the 32 inches and better sound versus 5 inches and lesser sound. This is similar in impact one finds watching content on TV versus the same content in a theatre. The point I am making is that size does matter and the grandness of a full page jacket or a big hoarding will always beat the digital medium on the impact that it has on the viewer. But then again, digital is cheaper and hence, frequency can be increased.”

Narang agreed that a lot of marketing is still happening from the brand building point of view. However, he feels that increasing frequencies on digital is easier said than done.

Chaturvedi, like always, believes on a mix of all mediums which delivers on a brand campaign.

On the other hand, he added, “As far as performance marketing, lead generation, digital mediums are much more effective and efficient than traditional mediums and I see digital clearly winning the lead generation/ sales fulfilment battle.”

Lessons that digital has taught the marketers

Digital has been on the growth path since quite some time now. However, last 18 months have been tough in terms of the issues that the medium is facing. Tough times teach the best lessons and hence, we asked marketers about the lessons, if any, digital has taught them.

Dubey said, “There are three issues with digital – trust, privacy and lack of RoI. Trust in the medium is pushing down the RoI. Some companies hurried into digital, too early. The medium needs to evolve and the companies must keep testing the platform before going full throttle into it.”

So, did the marketers over-invest? Were they too fast? Ultimately the traditional medium is still doing pretty well, there’s no need to rush into the new medium so soon.

“Another big issue in the medium is the viewability of the ad. People don’t have an option to get verified data from a third-party source. You don’t know, then, where the money is going,” added Dubey.

Another case in point can be Dove, which put out a digital ad that sounded racist, albeit inadvertently. Within hours, the brand was trolled and people immediately brought up some brand work that had happened some two to three years back, which also had sounded racist. And slowly this snowballed into a big controversy with UniLever having to apologise hurt and enraged fans.

Chaturvedi, citing the same example, pointed out a stark lesson, “Brands need to realise is that unlike any other media, everything on internet space is permanent. You have to be extremely careful of what you put out on the medium as anything that is presented digitally never really dies. It hides somewhere only to resurface to make a point.”

Bringing out the hard lesson to the fore, he added, “Brands need to invest in the resources and can’t afford to assign the junior-most resources to handle seemingly “small” social media posts, as perhaps it still happens. The digital audience footprint is large and it is a vocal activist world out there and brand custodians need to be sensitive to that social context. Even if it is a social media post or a digital ad, it has the ability to seriously damage the brand.”

Narang too pointed out a challenge that most marketers are facing. He said, “I haven't seen too many success stories around of digital is proving itself as an effective mass medium despite having 300 million plus users. It is an important part of your mix as long as you are talking to the first 100 million digital users. Also, even for the first hundred million if I want to radically shift from traditional to digital, I don’t have strong enough data and planning tools.”