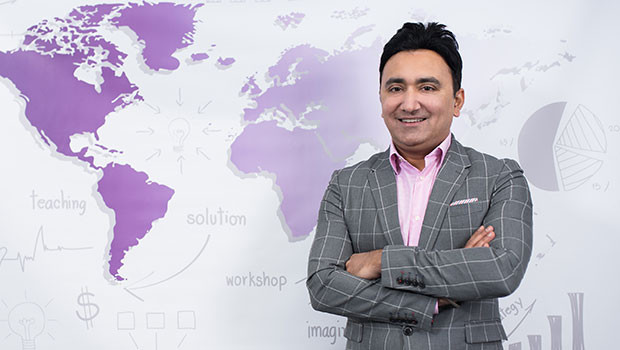 Programmatic was originally developed as a practical tool for selling leftover inventory, but it has evolved to become the primary driver in online ad spend for the biggest brands.

Spending on programmatic continues a rapid upward trend year-on-year. According to Zenith Programmatic Marketing Forecasts, the share of advertising in the programmatic model of global display advertising expenditure will increase to 67% in 2019. By those figures alone, the industry will see a rise in value towards $84.9billion.

Programmatic allows brands to have conversations with the right audience in the right context depending on the data they have about the customers. The three top trends in programmatic technology shed light on why this is happening, and how marketers can leverage these highly targeted ads.

Artificial Intelligence has become the defacto standard in making sense of big data for many industries, and this couldn’t be more relevant for e-commerce.

The competitive gap between companies that develop and foster AI in their digital platforms and those who haven’t will become more apparent.

The trends in AI will certainly appear in programmatic media buying. Demand side Platforms must bear this in mind, as ‘traditional’ machine learning soon becomes outclassed by smarter variants like deep learning, which is possible to due to rise in computing power, especially by the use of GPUs.

As it becomes widely applied to many digital industries and sectors like healthcare or car automation, e-commerce will also see many applications in digital buying models. The development of self-learning algorithms can intelligently buy ads in a bidding system, processing billions of layers of data to make an optimal decision within seconds. Increasingly, firms in India are waking up to the potential of programmatic ad buying and are setting up internally or acquiring companies who operate in the space.

It’s also important from the supply side platform point of view. Self-learning algorithms gain information about optimal ad placements for DSPs. As they are inherently cost optimisers, programmatic ads also help save wasted ad spend which is key for internet companies and e-commerce companies who have tight budgets or extremely specific objectives.

2018 will see important changes between publishers and advertising suppliers. Native ad blocking will be enabled in the Chrome browser beginning from February and last year Apple added the same functionality to Safari. Google as a member of Coalition for Better Ads will begin to block annoying and intrusive ads. As per Internet Trends report in 2017 by Mary Meeker, ad-blocking is on the rise in developing markets and in India the penetration rate of the same is 1% on desktop and 28% on mobile. In 2017, Google’s move has rattled publishers who are concerned about the same impacting their bottom line adversely.

While the decision is wise, and the project will ensure higher-quality ad placements for the advertiser, the display industry will need to adapt. Ad companies will have to be selective and careful while presenting offers – even a small failure to comply will result in the ad being blocked. Therefore, companies complying with the guidelines of Coalition for Better Ads (as pretty much of all the biggest players on the market do) shouldn’t be concerned, but they should discuss the subject with publishers to avoid any misunderstandings.

Another important improvement is Ads.txt, also known as Authorised Digital Sellers. It is a project that aims to increase transparency in the programmatic advertising ecosystem. It is already used by top websites around the world and soon can be a standard tool everywhere.

It allows publishers to declare the companies authorised to sell their digital inventory. This trend of disclosure and transparency is important to digital consumers – users can be sure that they are seeing advertisements from secure and reliable sources. Advertising companies will certainly want to get on board as an official partner, or else be left behind in the competitive ad space.

Back in 2016 and 2017, header bidding was all the rage. It rose in popularity due to its friendly solution for both advertisers and publishers alike, improving the monetisation of the ad surface and providing access to better inventory. But it has one flaw – it slows page-load time.

Server-side bidding (SSB) has gained notoriety to solve this issue. The pressure to increase the democratisation of access to ad space and the efficiency of monetising the ad space by publishers has resulted in a faster load solution.

This server-to-server solution speeds up page-load by hosting ad on a publisher’s server, instead of user browsers. SSB is demanding and requires a highly-developed digital infrastructure, so it isn’t very easy to maintain. Currently, only the biggest and most specialised publishers can apply it. SSPs like Amazon, Google or App Nexus are already investing in the new technology.

It’s good to know that server side bidding is still developed to co-exist with header bidding, which we expect to remain the core programmatic technology.

Where do we go from here?

Programmatic e-commerce will continue to be a highly adaptable, always-developing technology, but we are in the midst of really important global digital trends that can reshape how we think about media ad buying.

Publishers, advertisers and users alike will experience the impact of new programmatic technologies, new regulations, and new solutions in the upcoming year. 2018 promises to move the India industry forward with digital growth, and we fully expect to see programmatic become more popular than ever. As AI becomes more mainstream and agencies increasingly seek to automate their operations, programmatic ad buying will be in the forefront as leading ad companies and agencies seek to reach out to as many consumers in the untapped market of India’s internet users.