Flipkart repositions itself for new India with #PenguinDad campaign

The campaign conceptualised by Dentsu Webchutney shows how today’s dads choose to do it all for their kids – from braiding their hair, changing their diapers to singing them lullabies and finding a work-life balance to spend more time with them 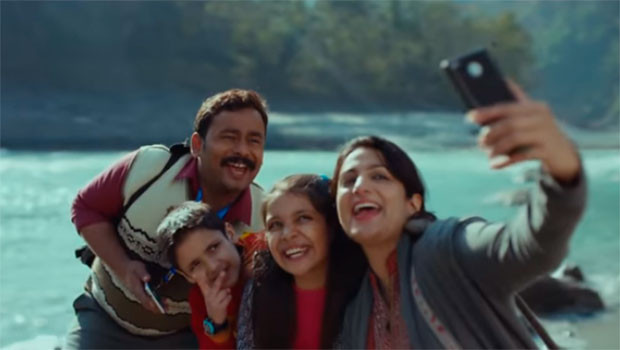 Flipkart, after claiming to have grabbed about 100 million customers in the metros and the tier I cities of the country, has now announced a new positioning that aims at acquiring another 100 million, especially from tier II and tier III towns.

The new positioning is defined by its new brand line, ‘Naye India Ke Saath’, which will talk about the progressive Indian.

The first in this attempt of standing for the progressive Indian is the brand’s digital ad film #PenguinDads, conceptualised and implemented by Dentsu Webchutney.

Speaking about the larger idea behind the film, PG Aditiya, Senior Creative Director, Dentsu Webchutney said, “Flipkart is moving towards a larger brand space with this and some other television commercials, which is around the idea of standing for the progressive Indian. Penguin dad was the first campaign around fathers to bring that space alive. Like penguin dad, tomorrow we might take another cut to the progressive India. The idea of partnering for this new progressive Indian comes from some of the age-old traditional beliefs. For generations, we have several beliefs that actually don’t have proof, which has kept us from realising our best potential and keeping us from doing better.”

One such belief, according to Aditiya, is that a father has a limited role in a child’s life. But it has been proven beyond doubt that an everyday, involved relationship between the father and the child goes a long way in everything – from character building and social connections to emotional resilience for the child. This is increasing in the Indian society in a way that fathers are more inclusive in their child’s upbringing.

“Indians are breaking old moulds, challenging stereotypes and breaking limiting beliefs to move forward as a nation. In the last 10 years, we at Flipkart have been part of the movement to build a progressive India. In this journey, walking along side progressive moms are today’s dads and our recent campaign is a celebration of these new age #PenguinDads,” said Shoumyan Biswas, Vice-President, Marketing, Flipkart.

“A father who likes showing love and spending time with the child, is often restricted by his belief in his own head that it either isn’t supposed to be his work or he is just not good at it. We want to celebrate the people who can let go people with such belief from their own heads and are progressive in their own selves,” Aditiya said.

These dads choose to do it all for their children – right from braiding their hair and changing their diapers to singing them lullabies and finding a work-life balance to spend more time with them, every day. And it’s this cause of progressive dads that Flipkart has chosen to celebrate in its latest 360-degree brand campaign #PenguinDad.

The male emperor penguin, interestingly, is considered one of the ‘best dads’ in the animal kingdom. The penguin child, actually, is one of the few species on earth that is raised equally by both the mother and father, who take turns to go into the sea to catch fish so that one is always with the child. Flipkart’s campaign takes a leaf out of the emperor penguin’s habits to recognise fathers in our own little human world, who’ve kick-started their journey as a #PenguinDad.

The campaign was launched with a musical directed by national award-winning director Ashwiny Iyer Tiwari. It is set to be followed up by multiple digital-first initiatives to champion the community of ‘penguin dads’ even further. “The idea of fathers doing more for their kids isn’t new... but now, these dads have an identity... they’re penguin dads. As a father, a customer and a custodian of brand Flipkart, celebrating these dads, we’re hoping, will inspire many more to be like them,” said Prashant Gopalakrishnan, VP, Dentsu Webchutney.

Aditiya said, “The first part is about fathers. Sometime later, we would do another type of progressive Indian.”