Conceived by Taproot Dentsu, the campaign calls out to customers to try all networks and then decide for themselves which one is the best. Airtel has again been rated as the fastest mobile network in India by Ookla in speedtest

Mobile operator Bharti Airtel in its new campaign conceived by Taproot Dentsu calls out to customers to decide which network is the best by trying all options themselves and not merely take a call on the basis of hearsay. The campaign, which will have TV and digital legs, takes a fresh approach with a bold and direct theme – “Sab Kuch Try Karo, Fir Sahi Chuno”.

As per Ookla – the global leader in speedtest – Airtel continues to be the fastest mobile network in India (https://www.airtel.in/fastest-network). This is the third time in a row that Ookla has rated Airtel as India’s fastest network (Q3-Q4 2016, Q1-Q2 2017 and Q3-Q4 2017). The findings are based on Ookla's analysis of millions of consumer-initiated tests taken with the speedtest app. 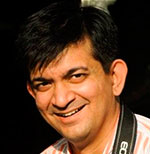 Rajiv Mathrani, Chief Brand and Online Officer, Bharti Airtel, said, “This campaign aims to build an open and honest conversation with customers and re-affirm Airtel’s confidence in its network. During our consumer work, we discovered that several customers who had moved from Airtel to other networks are now coming back as they were convinced that Airtel is the best. This is a powerful insight. And the strength of Airtel’s network has been consistently recognised by the world’s leading speedtest app. This is also a reflection of the massive investments in new technology and advanced networks we have made over the past couple of years.”

Agnello Dias of Taproot Dentsu said, "The idea was to communicate Airtel's confident belief that if one were to actually test all the network services, Airtel would come out best. When India's largest telecom network steps out and actually puts itself up for scrutiny by confidently encouraging all users to go out and test every other network before choosing the right one, it is a big bold step that asserts the brand’s confidence in its delivery.”