Tinder asks you to #StartSomethingEpic with new campaign

Created by BBH India, the digital film follows the ‘Tinder girl’, played by indie musician and actor Kavya Trehan, as she enjoys the adrenaline rush of bonding with the people she meets along her way 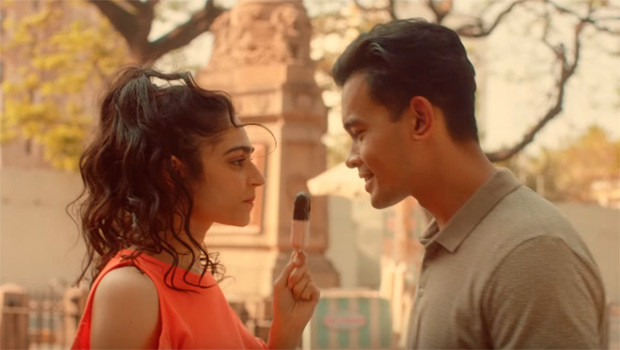 It is a general belief that the responsibility of initiating any romantic overtures should lie with the man. But turning the belief on its head, Tinder has come up with a new digital campaign called #StartSomethingEpic, where the spotlight is on a woman.

The film, conceptualised by BBH India, follows the ‘Tinder girl’, played by indie musician and actor Kavya Trehan, as she goes about exploring the world and herself, enjoying the adrenaline rush of bonding with the people she meets along her way. Her world is full of joy, ease, spontaneity, excitement and adventure, minus any fear of rejection or judgment to hold her back.

Adding to the carefree tone of the film is the background score. Originally sung by the late Mohammad Rafi, the song ‘Jaan Pehchan Ho’ has been recreated by Mikey McCleary for the ad. The 90-second video brings to life the snazzy, empowering and irreverent world of Tinder where one is free to be oneself, create new connections with like-minded people, and open a world of epic experiences for themselves.

Taru Kapoor, India Head, Tinder, said, “Our lives ultimately are shaped by the people we meet, the relationships we forge and the epic memories we create with them throughout our lives. Tinder expands your world by helping you meet new and interesting people you may never meet otherwise, as well as opens doors to exciting beginnings. The film portrays the joy and adrenaline of the epic possibilities that millions of Tinder users enjoy every day while being in control at all times. On Tinder, epic can range from a great conversation where you discover something new, an amazing first date, the beginning of a new friendship to the starting of a romantic relationship – the chemistry of every conversation on Tinder is unique! Women especially love Tinder as it is a community based on equality, mutual respect and a place where they are not judged for being themselves or being bombarded with unsolicited attention.”

Speaking about the idea behind the film, Vasudha Misra, Executive Creative Director, BBH Delhi, said, “Tinder at its core, connects people with other like-minded people and helps one make new friends, find a date or if you are really lucky, a life partner. Basically, we wanted to bring that tinder experience to life and the possibility of meeting someone new and starting something epic. We wanted to paint a picture of the Tinder world where there is no judgment or prejudice and a world that encourages people to set themselves free.”