When life took Kant on a different path than what he had initially set for himself, he found his way back. The realisation that being an internal auditor was not what he wanted, set him on a course that would take him to his life-long passion 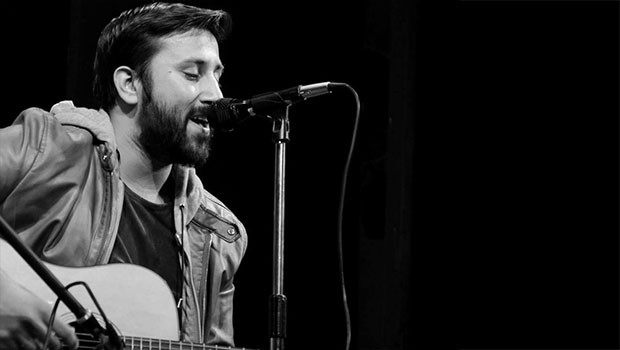 A Delhi lad, Nikhil Kant, did his Bachelors in Business Studies from the University of Delhi. He majored in marketing and took up advertising as one of his key electives. But Kant found himself in KPMG once he finished the course.

“KPMG came for campus placement and I got through. It was too great an opportunity to let it go. So, I started my career as an internal auditor. I was there for a year before I realised that it was not for me.”

Kant moved to Interactive Avenues in May 2010 and has been with the agency ever since. Interestingly, Kant interviewed for the position of a copywriter but ended up getting a position in planning, consulting and servicing.

Kant, who started out as an Account Executive, is now the Associate Vice-President, Client Consulting at Interactive Avenues and handles the entire servicing and strategy portfolio for Delhi and some parts of Kolkata.

Speaking about his seven-and-a-half-year long stint at Interactive Avenues, Kant said, “IA is a very young agency and it is one of the only truly 360 agencies in India. My journey here has been very fulfilling because there is always something new to learn. One important thing is that I have had a varied diversification in terms of the categories that I worked for in the start of my career which is important. IA doesn’t put you into boxes, they let you do your thing.”

Kant has worked for brands in categories ranging from real estate to education to luxury. This experience allowed him to understand that consumer durables, mobile phones and FMCG are the categories that he really likes to work on. Today, he leads the relationships for Micromax and Coca Cola.

Telling us about the project he has had the most fun working for, Kant remembers the work he did for Micromax Unite.

“A few years ago, Micromax had released a phone called Micromax Unite. This phone was meant for the masses and the key USP of this phone was that it came with pre-loaded Indian languages. The whole thought was that you could speak and converse with people in whichever language you wanted. My idea that time was that the one thing that cuts across borders is music. Good music binds people together no matter which language it is in. So, we came up with the idea of doing a music video for Micromax and decided that every line of that song would be in a different language. It was really fun for me because I am a part time musician and this project enabled me to work with artists from across the country and the faith that the brand placed in me and the idea was very fulfilling.”

The most challenging project that he has worked on so far is a project for Coca Cola.

“Globally, Coca Cola is a sponsor of FIFA. It is a big deal for them globally and during the last FIFA World Cup which happened in 2014, India wanted to be a part of the whole global brigade. But the problem was that we didn’t have the rights for that in India. So, creating conversations surrounding Coca Cola and FIFA was a challenge. What we ended up doing was that we set up a live wire room inside IA where we had 20 content creators who would create content for Coca Cola. We ended up creating a huge chain of content pieces coming from the Coco Cola end. We also went on-ground for the campaign. While it was fun, the World Cup lasted for a month and so did our work on the same, our timings were odd because the matches started late in the night and we were working with over 2,000 people and co-ordinating with these many people was a challenge.”

The hard work did pay though, as the campaign was massively successful and not only did Interactive Avenues win a lot of external awards for the campaign they also won a lot of internal coke awards because India was the best performing country for the brand.

According to Kant, one of the pinnacles of his professional career was when he was named as one of ‘India’s Top Digital Planners’ by Digital Marketing Asia. But Kant is no stranger to accolades. He has won over 25 awards in his tenure which includes awards across creative (Goafest-Creative Abby), Media (Emvies), Social Media (Digital Crest), Mobile (Smarties) and Technology (CSS Design Award and CSS Reel Award).

Kant believes that the passion he has for advertising is a double-edged sword and is both his biggest strength and his biggest weakness.

“My passion for what I do ensures that it reflects on the quality of my work but it is also a bad thing because sometimes I let the passion get the better of me. I get a little eccentric. So, my passion is both my boon and my bane and I am trying to find a better balance.”

A part-time musician, Kant plays at venues during his spare time and is still pursuing music academically. He also helps out his wife, a NIFT graduate who runs a fashion label called Kudi Pataka, in her digital marketing efforts.

So, if not advertising what would he have been doing?

“A musician, hands down!”