WPP India Country Manager and GroupM South Asia CEO pointed out that if digital has to become 40% of the adex in India, it will have to eat into TV. It has already eaten into print enough. However, TV doesn't look like degrowing anytime soon 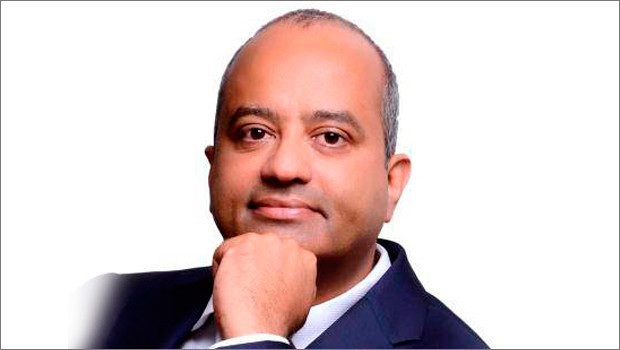 Political and government advertising is likely to be one of the key drivers of ad growth in print, indicates ‘This Year Next year’, a report released by GroupM revealing adex forecasts for 2018.

But the same growth from political advertising cannot be predicted for TV as DAVP is yet to finalise the ad rates for television broadcasters. Could this delay affect the television adex?

CVL Srinivas, Country Manager, WPP India and CEO GroupM South Asia, said, “In the recent past we have seen that the political parties are getting a lot savvier on media planning. There's interesting usage of digital media, social media and lot of local on-ground activation. We can retrofit all the activities and jargons that we create for any big brand into political advertising. Today, versus 10-15 years ago when there was a lot of bombardment of mass media, I think they are also getting a lot smarter and have fought a lot more locally and hence, are focusing on local media options. Political advertising dependence on mass media is going down.”

However, he pointed out that advertising for schemes, government programmes, PSUs and state elections still has to be on mass media.

Political advertising is listed in the ‘others’ segment, which is about 22% of the total adex.

The report has also said that digital will comprise about 17.8% of the total adex in 2018. China, the biggest in APAC region, has more than 50% of its adex coming from internet.

Since the growth of digital in India too has been promising, will 2018 be the year when it comes on a par with TV or print?

Lakshmi Narasimhan, Chief Growth Officer, GroupM South Asia, said, “It will not happen in coming two years, at least. It is not fair to expect that something happening in China should also happen in India. It is so also because China doesn’t have such a robust broadcast industry as India has. In India, I don't foresee digital become larger than TV or print at least in the next two to three years. TV and print are too big and widespread.”

To add more to this, Srinivas said, “If digital has to become 40% of the adex in India, it will have to eat into TV, it has already eaten into print enough. TV is not looking like degrowing really.”

In fact, one of the biggest takeaways of the TYNY study is that India is the only large media market that still has a lot of headroom for growth for all media. As per Srinivas, TV has about 77% penetration, while print has about 44%.

“We are mirroring what’s happening in the other markets, but it is a lot slower,” he added.

The overall growth of adex in India market is pegged at 13%, majorly driven by digital which is growing the most at about 30% annually. Cinema has 20% growth, followed by OOH and radio, which are growing by 15% each, despite being a lower base.

Digital is driving the growth. But it is still seen that digital content providers and publishers are struggling to make ends meet and earn from the digital platforms. Sustenance is an issue there. How would that change? If digital is to grow, despite low ad rates, is it only a volume game for digital then?

Srinivas answered, “Just like any other medium, when it starts growing, more players enter the space, making it cluttered. The economics of the business is such that it can’t support that many players. I don’t think the number of digital players that we have today will survive, unless they evolve completely in terms of technology and content. Those that invest in right kind of technology, data, content and insights are the ones that will survive in the long run.”

Giving more insight into it, he added, “Another challenge in India is that people don’t easily pay for content, making the business model heavily dependent on advertising. You can’t create such a sustainable business model, especially when the adex itself is so dependent on so many other factors. That's where the ones who create the right digital assets/ products with right content and start charging their consumers from day one, even if it is a freemium model (partly free), are the ones that will survive. The free ones will have to leave as it is not possible to build a business model based on advertising revenue.”

Having said this, would it mean that CPMs will go up significantly in 2018 for digital?

“For every case of CPM going up, there will be inventory available from the long tail where you can balance things down. Generally, there could be an inflationary trend if the demand picks up but has to pick up for far higher levels than what it is today,” added Srinivas.

Digital accounts for about 17.8% of the total adex, which is about Rs 12,337 crore. Within digital, about 54% growth is coming from video, followed by 19% from search, the rest is from display. “If you look at Rs 12,337 crore of digital, roughly half is spent on branding – video, display and others; while the other half is from performance and search. The branding part is growing faster than the other part and it will soon be 60:40 or 70:30 scenario,” explained Srinivas.

75% of digital consumption is on mobile and the rest on desktop.

Outside this, content is a rapidly growing segment within digital. However, Srinivas feels that this would still be smaller in single digit percentages and most of it would be media spend and media cost.

Coming out of the digital analysis and looking into OOH and radio, the two media platforms are expected to grow by about 15% each, which is almost double the growth compared to last year. Why has such a promising number been shown? Narsimhan explained the logic behind this growth expectation. “The underlying trend is revival of the consumption, vis-a-vis 2017 and even previous years. A lot of factors like not a very good monsoon, economic changes, GST, demonetisation and all of that led to slow down of consumption in rural markets, not having enough disposable income. But all this is changing and some indicators pointing to this change are sale of commercial vehicles, tractors, volumes of cement because of Government's push on affordable housing. All this points to the fact that consumption is growing again in rural, clients will start spending on rural economy. Print, OOH and radio – anything that is local, will grow,” he said.

Even within auto, which contributes about 8% to the total India adex, two-wheelers are growing faster than four-wheelers and the growth is majorly coming from small towns and rural markets.

Within the print industry, which is expected to double its growth from a slow 2% in 2017 to 4% in 2018, English print is pulling down the growth rate, along with magazines, which are de-growing by about 15-20%. Hindi dailies are growing in high single digits or even double digits for some, then regional and then English.

Is the comeback of IRS expected to help the print growth?

“It will definitely help. The fact that we didn't have IRS for the last three years was beginning to raise a few questions about investment in print, accountability, measurement, etc. Now that it has come back, we have seen a bit more interest building up in the medium. There are some very interesting trends versus other markets,” said Srinivas.