Can understand reduced budget and lens, but not reduced creativity, says Piyush Pandey

Padmashri Piyush Pandey shared his experiences through the highs and lows of the year and how the future will unfold. Piyush and his brother Prasoon Pandey, Founder, Corcoise Films, were honoured for becoming the first Asians to fetch the Lion of St Marks awards from India at the IAA's Retrospect and Prospects yearly event 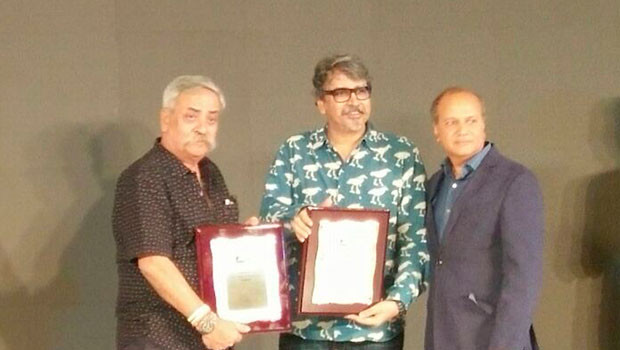 The occasion was the annual IAA Retrospect & Prospects in Mumbai where Piyush Pandey, Executive Chairman and Creative Director at Ogilvy South Asia, threw light on the key learning from the previous year and also talked about trends that would mould the advertising industry going ahead. The annual review was hosted by the India Chapter of the International Advertising Association (IAA) and presented by Colors.

Pandey started off talking about the importance of ‘We’ in the advertising industry, “‘We’ includes clients and the associates and the due credit should be shared by everyone and due responsibility should be taken by everyone.”

Moving on, Pandey showcased a few ads that he thinks have added value to the society and took initiative in terms of social causes and was all praise for their efforts.

Pandey mentioned that these were a few campaigns that he found meaningful. At the same time he said that the advertising fraternity did not do well in the day-to-day advertising and there is no explanation for the compromised creativity. He said, “Last year, I saw dumb advertising, cracking of poor jokes, lack of depth. A lot of people would say that 2016 saw demonetisation and then GST happened. I can understand reduced budgets, reduced lens, but can’t understand reduced creativity.”

Going further, Pandey said that creative people are no more utilising the celebrities to the fullest in the ads. He said that there are discussions in Parliament about the responsibilities of the celebrities and they could be fined and even sent to jail. But he said we must be thankful that there are no such bills against the creative industry for disrespecting the intelligence of the audience. Somewhere down the line, the agencies and clients think that if they have celebrities on board, they can stop thinking on the idea, he said.

“We can’t get away from the celebrities. If you have a celebrity, then respect him/her and then work 10 times harder on the idea. We end up becoming lazy with the ideas when there are celebrities. There are some jokers who are brand owners and try to become celebrities acting in their own films. This way we are doing harm to the brand and wasting money that has been spent by the brands on the celebrities in a big way,” said Pandey.

Not happy with the scenario in the print space for long, Pandey believes that print lacks creativity. “It’s not the problem with the newspapers, but the problem of the guy from an agency who has stopped doing great print advertising and we need to wake up.”

For the year ahead, Pandey emphasised the importance of digital. He said that digital needs to be embraced and understood, but it has to be made creative. “Today, digital is another media vehicle to run your TV ads on and I don’t think that the full potential of digital is realised. We need to learn from the people who know the medium and learn from the medium on how can we get creative and make it happen. I don’t think any media is going to die.”

Ending his speech in a pun, he said, “Multinationals, particularly FMCGs, won’t go to any business school this year for recruitment. They will go to the yoga ashrams and instead of selling razers, they would excite people to grow long beards.”

Later, Prasoon Pandey and Piyush were honoured for becoming the first Asians to fetch the Lion of St Marks awards from India.

On being honoured by IAA, Prasoon said, “We feel a great sense of pride receiving this award. It’s a very emotional moment for us. If we see, all our ideas are deep-rooted in the slice of life that we have keenly observed and then we have just put a frame around it and celebrated it.”

Lastly, Piyush commented emotionally on being honoured, “Life is a give and take. I don’t think Dhoni would have been discovered if Jharkhand never won a match. I owe it to everyone in the industry.”