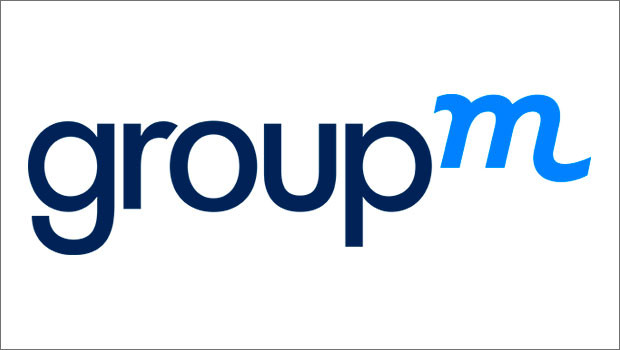 GroupM announced its advertising expenditure (adex) forecasts for 2018. GroupM futures report “This year, next year” 2018 is forecasting India’s advertising investment to reach an estimated Rs 69,346 crore this year. This represents a growth of 13% for the calendar year 2018 over the corresponding period in 2017.

The report also estimated ad spending in 2017 as Rs 61,263 crore, growing at 10%, as predicted by GroupM in February last year.

Various industry estimates peg economic growth at 7.3% to 7.8% for 2018 as the benefits of GST – higher productivity and lower cost of goods sold – become apparent. This combined with key reforms already implemented, such as bank recapitalisation, budget provisioning of non-performing assets and the bankruptcy bill approved by law, are likely to felicitate a recovery in consumer demand and private investment.

Speaking on the TYNY 2018 report, CVL Srinivas, Country Manager, WPP India and CEO GroupM South Asia, said, “As consumer sentiment stablises and spending increases, we estimate 2018 to be a relatively better year from an ad spend perspective. Growth in digital media will continue to outstrip other media but unlike most markets, India continues to see traditional media formats grow. After a couple of sluggish years, rural volumes are expected to pick up this year leading to increased marketing budgets. The structural changes witnessed in the last couple of years could pave the way for a more stable outlook in the coming years. We haven’t yet realised our full potential as an ad market but are headed in the right direction.”

Continuing urbanisation and rising wages are supporting consumer growth in finance, durables, services and retail. E-commerce is becoming a key channel for FMCG, and ad investment is anticipated to increase in shopper and performance marketing. India is witnessing an increase in spending from rural markets, as sales growth at 1.5-2.5x of urban sales growth for major FMCG and consumer durable companies.

"Looking at the advertising industry worldwide, GroupM estimates the global advertising expenditure to grow by 4.3%, and APAC is anticipated to grow at 5.4%. Adding to the positive sentiment of the Indian advertising economy," said Lakshmi Narasimhan, Chief Growth Officer, GroupM South Asia. “India remains one of the fastest growth ad markets globally, and is among the top five countries that are expected to drive incremental investment in 2018. Our growth percentage is three times that of the global adex and more than double of the APAC growth percentage.”

GroupM estimates the Digital Adex to continue to grow by 30% in 2018 to Rs 12,337 crore. Video advertising on digital is estimated to grow at 54%, as bandwidth improves and data and mobility device become more economical for the consumer.

As digital becomes 18% of the overall advertising spends in India, measurement and transparency become paramount. Last year, GroupM globally led the conversation on measurement and transparency in digital media, and released viewability standards that are higher than those stipulated by the Media Rating Council in the USA. In India too, GroupM is working with industry bodies, brands and publishers to adhere to a standard viewability index that would become integral to the digital ecosystem. Along with viewability, GroupM also held knowledge and training workshops for client teams, on mitigating ad fraud and assuring brand safety.

On the traditional media front, parliamentary elections in H1 2019 will stimulate advertising from the back half of 2018. Print will see a slight uptick in 2018 from the elections, with key markets in demand. The growth rate for newspapers is estimated at 4.2% with English papers growing slightly slower than Hindi and regional languages.

Television continues to be the largest medium, with its contribution remaining at close to 45% share. This year, the growth rate for TV is 13%, as there is growth in both volume with free-to-air channels as well as value with HD channels. In 2018, the last leg of cable digitization will improve quality of delivery to rural India, also driving viewership.

This year Radio is expected to grow at 15% which is higher than the last couple of years. This growth is predominantly due to the launch of new radio stations across the country. Other media such as OOH will witness good traction of 15% growth from premium transit sites. Cinema will continue to grow at 20% in 2018, as the infrastructure investment made last year will attract a larger audience to theatres for a blockbuster experience.

GroupM also presented some of the biggest media trends that will emerge in India in 2018. As cross platform marketing is the norm in today’s connected environment, these trends are around data, content creation and distribution and sports programming. The common thread across the 2018 media trends is the digital platform, which is core to the growth of media in India.

This Year, Next Year, is part of GroupM's media and marketing forecasting series drawn from data supplied by holding company WPP's worldwide resources in advertising, public relations, market research, and specialist communications. The TYNY report is the most comprehensive understanding of the estimated media spends by advertisers in the current year. It also highlights some of the industry sectors that will have a major effect on advertising spends across media.