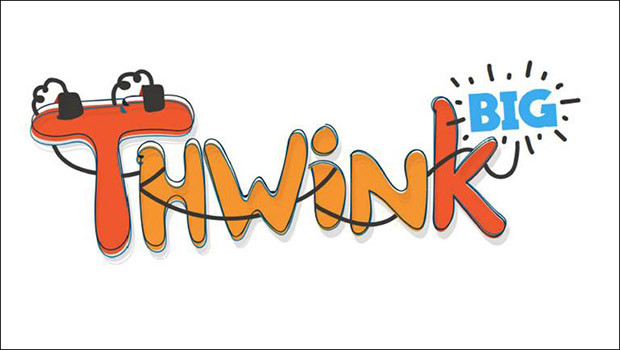 The platform encapsulates three core aspects that are at the centre of the network’s strategy - excellent music, outstanding story-telling and captivating social experiments, the network said in a press statement.

Thwink will also produce all the national shows like ‘Suhaana Safar With Annu Kapoor’ and ‘The 90s Show With Anu Malik’.

The studio has already delivered high impact campaigns for renowned brands over the past two months.

Commenting on the launch, Tarun Katial, CEO, Big FM, said, “Thwink will be a strong pillar to our content marketing offering for consumers and advertisers. We have put together a team of expertswho will curate marquee cutting-edge content across mediums - audio and video deployed on Radio and Digital and work closely with talent across genres. It will also serve as a go-to partner for advertisers for creating clutter breaking content, spikes and solutions. It will enable strategic innovation and creation of quality content with increased efficiency. Thwink is our vision for the future of content in the industry.” Manish Karnatak, National Creative Director Big FM and Head, Thwink Big, said, “It is really important to have a strong understanding of the consumers needs in the uncertain digital domain. At the same time, it is key to possess capabilities to deliver on those fronts.Thwink BIG acts as a one-stop-shop in accelerating production of innovative content to further expand our repertoire of offerings and cater to higher volumes of media consumption in today’s times.We thrive on digital content and our aim is to empower content creators to take their offering to the next level. We have already produced and delivered differentiated content and will continue to offer this for our customers and consumers.”

Suparna Mitra, Chief Marketing Officer – Watches & Accessories division, Titan Company Limited, said, "The Sonata ACT – Manzil Pe Nazar' was a well thought-out, multi-phase concept by the Big FM team and it perfectly integrated the messaging of our new product offering. The on-air programming followed by the on-ground studio shift activity, conducted with an all women RJ crew with an aim to empower women, resonated with our audience and achieved the desired results for the brand, winning us recognition. I am sure the Thwink team will work with the same creativity and energy, and I wish them good luck."

Siddharth Banerjee, EVP Marketing, Vodafone India, said, "Vodafone’s 'One Nation, One Song, One Network' was a unique campaign driven by Big FM to celebrate Independence Day. The concept of connecting 45 RJ’s via a conference call that was powered by Vodafone, aptly encapsulated our brand's core messaging of uniting the people of our nation on one network. I am sure the Thwink team will also live up to the expectations and deliver some breakthrough content. I wish the team good luck.”

Sunil Kumaran, Country Head, The StoryLab, Dentsu Aegis Network, said, “We recently worked with the Thwink team on a quirky campaign #BeatTheBudget for Air Asia. The team understood the brand well, had the right insight and perfectly integrated the brand’s objective into an interesting concept. The feedback for the campaign has been great so far and we look forward to making our first collaboration with Thwink into a long standing one.”

Siddharth Anand Kumar, VP, TV and Films, Saregama India, who collaborated with Thwinkon a recent campaign, said, “Associating with Thwink for our film Kuchh Bheege Alfaaz proved to be extremely fruitful since it allowed us to establish a stronger connect with our viewers. Our movie was well infused in the much loved short film #LoveIsntBlind conceptualised by the studio. We hope to work with the team on future projects as well and wish them good luck for this exciting journey.”