According to Week 2 data of BARC India, the Times Network channels have either marginally grown or not been affected much, compared to Week 1 of 2018 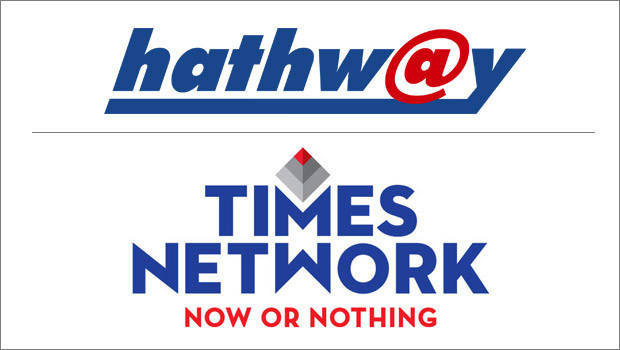 According to recently released data by BARC India for the second week of 2018, ratings of the Times Network’s channels have either marginally grown or not been affected much, compared to Week 1 of 2018. The whole fiasco between the broadcaster and the MSO, Hathway, started somewhere around January 9 when the distribution platform allegedly started tampering with the channels’ placement.

It is unfair to compare data on a single week basis for small genres such as English News and English Movies for the sheer risk of slipping into stability zone of the data. But, in this case, it is important to note that with Hathway taking off air the network’s channels for about 10 days now, the impact, if at all, would be immediate on the viewership. In the recent viewership data released by BARC India, Week 2 captures data from January 6 to 12, which means that the impact of channels' displacement is evaluated for four days only. The full week impact would be seen in the following week's data which will be released on January 25.

Why is it that viewership has not dropped for the channels even though the distribution was affected by the MSO?

A senior distribution expert in the industry said, “Possibly, Hathway would be contributing one of the smallest subscriber base to the Times network’s frame of things, merely because of its TG and the fact that the network has all pay channels. Hathway’s total subscriber base is in the range of 8-10 million, of these, the MSO serves in about 160 cities, which means that the chances of Male 22+ NCCS AB, which is the core TG for Times’ news channels, would be a miniscule number in Hathway’s scheme of things.”

Having said that, the media veteran added, “There would be impact even if it is small and the best for the network would be to clear the air around this and strike the deal back with the MSO. It’s a small industry and nobody would be benefited from such a chaos.”

However, there are rumours floating around in media circles that advertisers are gradually becoming wary of the Times network.

A media planner who handles BFSI clients, on condition of anonymity said, “Honestly, such a thing is bound to affect the reach of the channels more than the Impressions that they generate. However, since I have to deal with these channels almost every day, I have not observed a significant drop in reach numbers. The advertisers too haven’t really queried us about this yet.”

This is not the first time there has been a standoff between a broadcaster and a distribution platform, especially MSO. There are some classic fights in the industry between Sony-Den and ZEEL-Den. Even Siticable has had its share of tussle with large broadcasters.