What media and entertainment industry expects from Union Budget 2018

As the country gets ready for the Union Budget 2018 to be presented by Finance Minister Arun Jaitley on February 1, the media and entertainment industry too is eyeing for its share of good news. While the industry had called the previous budget digital economy friendly, this year too there are high expectations.

Infrastructure costing, simplification of GST on services sector, ease of doing business and keeping fiscal deficit under control are some of the major expectations. For the radio industry, licence fees and FDI policies are some areas that need focus, the industry feels. Some say there should be more focus on education, health and other utilities.

Here are the expectations of a few industry leaders: 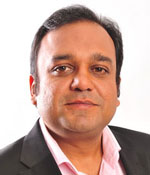 In the rapidly changing landscape, we believe that the distinction between telecom, IT and broadcasting technology has disappeared and that a convergence of these sectors is required. A positive consideration of this demand in the 2018 budget will certainly help in the rapid growth and generation of substantial employment in our country. Also, similar to the telecommunications sector, television broadcasting organisations, including direct-to-home (DTH), cable services and headend in the sky (HITS) require huge investments in setting up technology and distribution networks and, as such, are ‘asset-rich’ organisations. Hence, just like in the software and telecom sectors, it is necessary to allow the carry-forward of losses in the case of amalgamation or merger of companies in the broadcasting sector. For the budget FY18, we are hopeful the government will issue a clarification that transponder hire charges are not ‘royalty’ in order to avoid protracted litigation.

I anticipate that the Union Budget of 2018 will drive growth and whenever the economy grows, the advertising industry benefits. I see a particular thrust from the government in the areas of infrastructure development and rural development. We have had a reasonably good monsoon, the rural economy is starting to look up and another push in the same direction will significantly benefit all consumption-led sectors, including FMCG, which are heavily advertised.

I think the government will make efforts to ensure that there is more money in the pockets of the common man, hopefully by giving some relief on the income tax front and will use technology for better tax compliance, thereby keeping the fiscal deficit under control. The fiscal deficit is very important from the point of view of controlling inflation.

Specifically for the advertising industry, I hope that there are some simplifications around the services part of GST. While GST has been a progressive step for the country, my feeling is that the services sectors were relatively less focused upon and hence the step that was supposed to simplify indirect taxation actually ended up complicating it significantly, particularly for advertising agencies that operate out of different cities and states and service clients who may be based all over the country. Under the thrust of the government for Ease of doing Business, I hope this issue gets addressed. The advertising industry doesn’t mind paying the taxes but needs simplification of processes, which are taking away too much of unproductive manpower and blocking working capital.

Overall, I feel that India is poised to see good economic growth over the next 10 years and a little bit of help from the government, through the Union Budget of 2018, will further help the economy outperform the rest of the world.

As the media and entertainment sector is in the midst of evolving business models given the backdrop of digitisation, the upcoming Union Budget will be crucial in terms of the upgradation and streamlining of tax laws, some of which still remain unclear to the sector. From a radio point of view, lowering the licence fee for operating in smaller cities and a better FDI regime will encourage more investments, which will boost long-term growth for the industry. I also feel that the employment sentiment in the country is positively poised, and the government should consider allocating a significant percentage of funds to create jobs in the dynamic M&E sector, which has been receiving a lot of attention from aspiring job seekers. 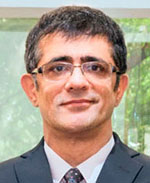 The budget document is a realistic expression of the government’s ways and means for managing the affairs of the nation under its purview. It is not a wish list document. Over the years, the government enables numerous provisions for enabling or restricting the economy. Hence as such, this document does not have the same significance of bundling or unbundling economic measures. My expectation is that the government reduces expenditure on managing itself and invests in education, health and infrastructure. Tax equitably, including agriculture. In the next 30 years or so, India will migrate from the youngest population to the oldest population and it is time. It is a good time to start worrying.