Armed with a Bachelors of Arts in Anthropology, Menon loves everything that comes with understanding people and cultures and using them in spaces unexplored. She talks why Anthropology needs to be used out of academia and how it can be used to better business outcomes and strategies 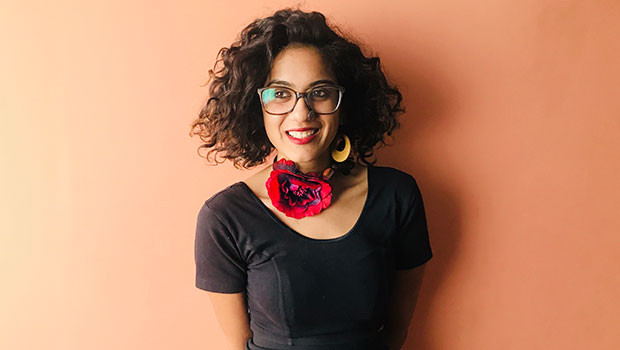 Tulsi Mehrotra Menon is an Anthropologist at The Womb. Not a designation one is likely to see in an ad agency and not surprisingly so because when Menon returned from the States after having completed her Bachelors of Arts in Anthropology, The Womb was the only ad agency actively looking for an Anthropologist.

“After completing my studies in the States, I came back to India because I wanted to work in the Indian cultural environment. I wanted to use whatever I had learned in the corporate space.”

Menon joined Accenture as a management consultant and worked there for about two years.

“After my two years there, I realised that I wanted to use Anthropology in a more creative sphere. As luck would have it, I was speaking to someone and they happened to mention to me that Navin (Talreja) and Kawal (Shoor) were starting this new agency. Coincidently, they were the only ad agency in India actively looking for an Anthropologist at that point in time.”

Menon has been with The Womb for about two and half years now and for someone who had no advertising background, she feels the journey so far has been very rewarding.

“I learned to understand the nuances in people’s behaviour because of my academic background but I did not know how to analyse it. Here, with the help of my bosses, I have learned to use the insights that I get by understanding culture and how to turn that into a marketable solution. Another interesting aspect of working here at The Womb is the fact that despite being someone who has just started out in the industry I get to work with my bosses very closely. I get to learn on the job and that is great.”

Considering the fact that an ad agency is primarily selling an idea or a solution to the general public it would make sense for an agency to have someone who specialises in studying culture, people and the nuances in their behaviour. Speaking about the importance of having people who can understand consumer behaviour in ad agencies, Menon said, “As a discipline, Anthropology has been used a lot in research in academia. But now people are realising that human-centricity is important. Anthropologists understand the nuances of human behaviour and we need to utilise it because in the advertising industry we are working for the consumers, with the consumers.”

Talking about the project that she has had the most fun working for Menon said, “We are currently working on a project for a premium salon. The client wants to build a premium salon in the market and a range of hair products. We are doing end-to-end brand management. So, we are doing everything from understanding the consumers in the market, to figuring out who the salon goer is and what are their motivations for going to a salon. We are doing a lot of interesting things for this project that goes beyond what traditional advertising is all about. We are working on what should be the ambience of the salon, how should we design the salon, what products should be introduced and what the brand identity should be. We are actually creating the whole brand along with the client.”

According to Menon, the most challenging project that she has worked on so far is one for the alcobev brand Diageo.

“In the West, the culture of gifting alcohol is very common but in India, people don’t do that. Diageo wanted to understand the cultural barriers that are stopping people from doing that. We undertook on this mammoth of a study, across India, with about 10 centres and 40 crews. We went everywhere in India to understand how people related to alcohol and how they related to gifting and see if we could find a confluence. It was very challenging just because of the sheer scale of the project. We had to go into the market, see what was missing, identify the need and then cater to it.”

Menon considers winning the Planner of the Year award at Campaign Asia 2017 to be her biggest achievement.

“First of all, the fact that my bosses nominated me for the awards was just amazing. Knowing that they value me and the work that I bring to table is a great feeling. Then I actually won the award and that was really eye-opening. It validated my belief that Anthropology has a place in the creative field and that it can be used to better business outcomes and strategies.”

Menon believes her biggest strength is her ability to be empathetic and truly understand people, something that has led her to Anthropology. Her biggest weakness isthe fact that she lets stress get the better of her.

An avid lover of music, in her spare time, Menon is either listening to songs or singing them.

“I am trained in Hindustani classical music and I listen to a lot of Indie music. What I really love is finding new music. The happiness that I feel when I find a new song or some new artists is one of the best feelings in the world.”

So, if not advertising what would she have been doing?

“I have recently become more aware of this space called design thinking. It is all about designing spaces and products keeping the consumers in mind. It is all about human-centric designs and I have been very keen to explore how to use Anthropology in a space like that.”