From working with production agencies to TV channels to an out and out digital agency, Nadir Kanthawala has seen all aspects of the business and is still hungry to learn more 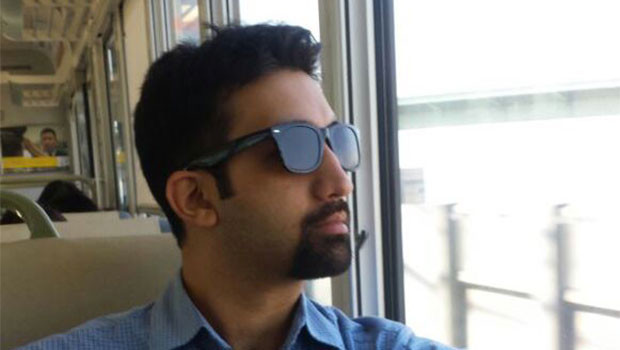 Nadir Kanthawala is, in his own words, predominantly, a television guy. In the 12 years that he has spent in the industry Kanthawala has created, produced and directed content for television. An out and out media person, Kanthawala’s journey in the industry started when he completed his Bachelor’s in Mass Media from KC college in Mumbai and joined Turner.

Although his major was in Journalism he got a taste of the world of television when he interned with Sab TV during his course, which in turn ignited a flame in his heart for all things television.

“I was working for Cartoon Network and Pogo at Turner. I was there for close to three years and was handling programming and dubbing there.”

After his stint at Turner, Kanthawala decided that he needed to study further. That is how he found himself at Symbiosis Institute of Media and Communication, pursuing his masters in audio visual communication.

“I learned a lot of things while doing my Master’s. It was also there that I realised that I shouldn’t have started with the job that I did. It was very mechanical in nature and very coordination oriented. I did learn a lot about kids programming and I am also using everything I learned there right now in the digital advertising space as well but I did not get my hands dirty there.”

Once he completed his Master’s, Kanthawala joined Big Synergy and started working in production. He started off as an Assistant Director for the show Dus Ka Dum and went on to work for many other shows like India’s Got Talent and Kau Banega Crorepati. Kanthawala then moved on to BBC Worldwide.

“BBC Worldwide was quite a revelation for me. I have directed for them, I have produced for them and I have also developed a lot of content and pitched the same and successfully got to produce them as well. BBC was a massive learning curve for because I got familiarised with various aspects of production over there.”

Kanthawala, who had till then only seen the production house side of the business, got a chance to look at things from the perspective of a channel during his two and half year stint with Star Plus.

“When you are working in production, you think that the jobs of the people sitting in TV channels is easy but my perspective changed when I joined Star. My sole focus at Star was to learn the business and by the end of my time there, I realised that it is not at all easy. There is lot of coordination that one has to do to just get one show on air.”

When Kanthawala was at Star, digital was just coming up. After Star, he joined a small boutique agency for about nine months. Kanthawala then took a break when his daughter was born.

WATConsult happened to Kanthawala out of the blue. An out and out full-service digital agency, Kanthawala had no clue how anything worked. When he met Rajiv Dingra, CEO, WATConsult and Heeru Dingra, Director Finance and HR, WATConsult, he thought he was going in for a video profile but they clearly saw something in him that perhaps Kanthawala himself never saw and asked him to do business development for WAT.

“My journey At WAT has been very interesting. I have been meeting some very interesting people and I am enjoying myself. I haven’t cribbed at all in this entire year,” laughs Kanthawala.

Speaking about the project he had the most fun working for and the project which was also the most challenging, Kanthawala said, “Back in my television days there was this show that we worked on called Mystery Hunters India for Discovery Kids. That was a great project for me because I played multiple roles in that project. I designed the entire run order for the show, I got to design my own episodes and we travelled a lot. We travelled to places that I never imagined I would ever go to. The challenging part was that the show was for kids. When you are talking to someone your own age, it is easier to explain things using a certain set of words but when it comes to kids you have an even limited set of words. It was a very interesting show and challenging too.”

According to Kanthawala, his biggest strength is his confidence and his biggest weakness, his absent minded-ness.

“I tend to forget things and that is why I keep making notes. I don’t believe in recording conversations or typing them out. I carry a notebook and pen around everywhere.”

An avid reader, Kanthawala reads a lot in his spare time and teaches television to media students on weekends.

“I don’t want to lose that touch with television and also when I was studying BMM there weren’t many industry people who would come in and talk to us about the industry, especially when it came to television. I want to fill that void and I do this out of pure passion because I love teaching.”

Ask him what he would be doing if not advertising and the answer is “stay at home dad”.

“My wife and I have a pact. The day she starts making enough money to sustain both of us I would want to stay at home and take care of our daughter. The option is still on the table.”