RIP Ranjan Kapur, a real gentleman and so wise 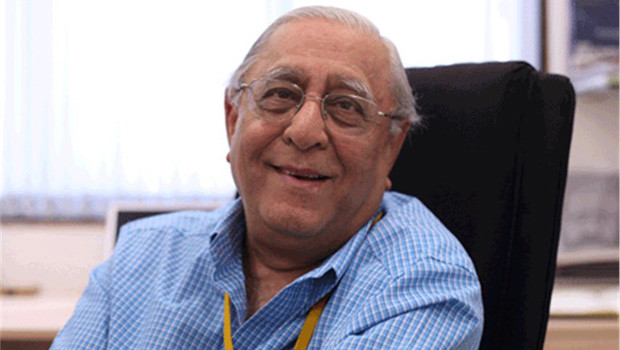 A real gentleman and so wise! This was the first reaction by WPP CEO Martin Sorrell in shock after the loss of his long-term partner and WPP India Chairman Ranjan Kapur who passed away on January 27 following a heart attack in Mumbai.

“Along with his wife Jimmi and his family, we all mourn his demise. He gave so much of his life to us, Ogilvy first and then WPP, in India and beyond. We all owe him so much. He was a shining light and example to us all. We all wish Jimmi and her family long life. We have lost a wonderful husband and father, and a fine leader, gentleman and friend," Sorrell wrote in an internal communication to this team.

Piyush Pandey, Executive Chairman and Creative Director of Ogilvy South Asia, termed Kapur’s demise as a colossal loss to the industry, to Ogilvy and to WPP.

“He was the man with a very big heart who encouraged people to create and become big. He was the man’s man who wanted the industry to look good. He was somebody who motivated people like me and many others to do something new and something fresh. He was a team man of the kind that I have not seen earlier. I owe a lot in my career to him and miss him as a mentor and as a leading light. Rest in peace my friend,” said Pandey.

Kapur had handed over the reins of WPP India to the newly appointed Country Manager CVL Srinivas in October last year.

Srinivas commented, “Ranjan Kapur was a very strong pillar of support to all of us at WPP and a friend, philosopher and guide to our entire industry. We will miss him dearly. He made a huge contribution to our industry with his outstanding leadership and always added a very warm personal touch to whatever he did. He was an institution by himself, keeping abreast of all the latest developments with childlike enthusiasm. Every interaction with him was very enriching. This is a very big loss for all of us”.

Kapur took over as Country Manager of WPP India in 2004 after spending 38 years with O&M. He had joined Ogilvy in 1966 and retired from the agency on December 31, 2003. He was also the Chairman of Bates India since 2012.

Here is what advertising and communications fraternity expressed in grief and shock with the demise of Kapur:

A professional par excellence & a gentleman. You will be missed my friend. #RanjanKapur https://t.co/7vFA7oatO2

Deeply deeply saddened at the passing on of RANJAN KAPUR: a great advertising professional and an even greater human being. The world is much much poorer with his death.

A legend in advertising. A thorough gentleman. A wonderful human being. My guide for the last three years. Just too shocked; we just celebrated your 75th in December! #RIP Ranjan Kapoor. Will miss our conversations. ???? pic.twitter.com/wkz8eCayu7

Saddened to hear that #Ranjan Kapur is no more. Can’t believe it. The end of an era of statesmanship and grace in advertising. RIP.