There is no entry fee for the award. The last date for submission of entries is January 31, 2018

The India Chapter of the International Advertising Association (IAA) is calling for entries for the ninth edition of Olive Crown Awards. There is no entry fee.

Ramesh Narayan, President, IAA, said, ‚ÄúThis unique award salutes creative excellence in communicating sustainability. It is the only one of its kind in Asia. Embraced by the entire industry, this time special efforts are being made to attract entries from all over Asia. This award is endorsed by the Asian Federation of Advertising Associations (AFAA). The Olive Crown awards signify all that is good about our industry.‚Äù

Along with the creative awards, there are two special Olive Crowns - Green Crusader and Corporate Social Crusader. 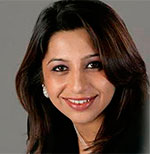 Megha Tata, Vice President, IAA, said, ‚ÄúI have been closely associated with these awards over the last two years. We will spare no effort to deliver a great show on March 6, the day these awards would be presented. A great jury will judge these awards and we will announce the names shortly.‚Äù

Visit iaaindiachapter.org for the entry forms and rules, or contact Executive Secretary Soumen