Times’ channels were either absent from some Hathway households or were shown in pixelated form in others. With no solution in sight, the channels are losing out on the 10 million subscriber base of Hathway

The tiff between Times Network and Hathway Cable continues as the seven channels of the network remain absent or disrupted from the distribution platform. The spat that started over the negotiation of carriage fees continues for over a week now with no solution in sight.

The channels of Times Network – Movies Now, Romedy Now, Times Now, ET Now, Mirror Now, MNX and Zoom – are losing out on the 10 million subscriber base of Hathway Cable. The channels were either absent from some of the Hathway households, or in some other houses, these were streamed in a pixelated form. Channel numbers were changed or there was regular disruption.

Times Network blamed the distribution platform for asking ‘unreasonable and usurious carriage fees’. In an internal email circulated by the company seniors, it mentioned how the channels were either displaced, replaced or removed. Employees of Times Network who own a Hathway connection were urged to raise the issue with the distribution platform and the Telecom Regulatory Authority of India (TRAI).

Ideally, the unsaid rule is that if a subscriber is not getting a certain channel/s for a long period of time, more than a week, the subscriber is authorised to ask for a refund in the same time.

The agreement between Hathway and Times Network is bound to end and the network is asking for a ‘minor correction’ in the carriage fees.

This discussion has again brought us back to look at whether the Tariff Order will solve these conflicts which arise between broadcasters and distribution platform owners (even apart from Times and Hathway) very often. 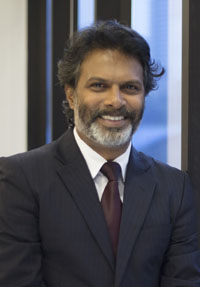 MK Anand, MD and CEO, Times Network, doesn’t feel that there is any ultimate respite to these problems. “The Tariff Order will bring with it another regime, which is different from the current. Ultimately a market forces based system is best. The parties concerned either come to a consensus or stay out of a deal. In this particular case, ideally we would love to be in a deal. But it has to be win win for both. These decisions are not taken whimsically. We have given it enough and detailed thought. All our channels are doing well and are in demand from consumers. Of course it is lose-lose to stay out, but from our point of view, the loss in reach is not going to be substantial. There is no reason why we can’t ask for a fair value.”