Along with announcing its paid service, the VoD platform has also launched a campaign titled #WhyNot which is conceptualised by Mullen Lintas. The refresh includes a new logo, new on-air and off-air packaging and a brand film 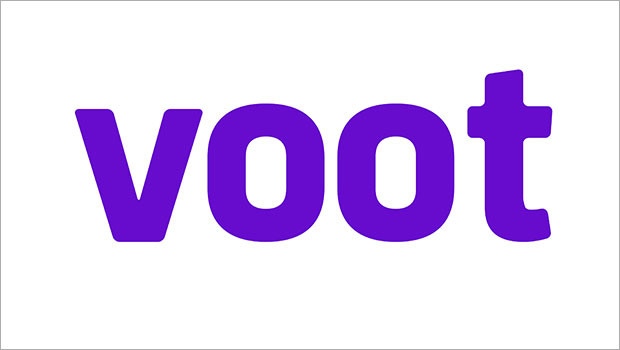 Entering into 2018, Viacom18’s video on-demand streaming service Voot has announced multiple plans like heavy regionalisation, tapping into international markets and introducing a paywall. The 18-month old VoD service has also revamped its identity and look to refresh itself with ‘purple’ color giving it a bolder and promising look.

The VoD platform has also launched a campaign titled #WhyNot which is conceptualised by Mullen Lintas. The refresh includes a new logo, new on-air and off-air packaging and a brand film.

Akash Banerji, Head, Marketing and Partnerships, Viacom18 Digital Ventures, said, “With the new brand campaign, our endeavor is to establish Voot as an ultimate entertainment destination offering a multitude of choices that goes beyond the norm. #WhyNot is not just an expression or a phrase, it is a belief system, a philosophy and a mindset that Voot as a brand aims to foster and encourage in this country.” 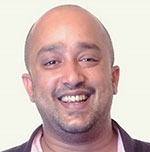 Talking about the thought behind the brand film, Shriram Iyer, National Creative Director, Mullen Lintas, said, “The idea of any new technology is to question the status quo. And Voot’s new campaign is all about that. It’s about people who are not content with their current entertainment choices, have moved on and chosen to be on Voot. The current campaign is about them and their question to the world ‘Why not’. Voot has always embodied innovation and the same is true even for this campaign as it has an all new very disruptive creative-construct - which we believe will truly stand out.”

All said and done, the content streaming app is just 18 month old. Isn’t it too soon for a revamp? Gaurav Gandhi, COO, Viacom18 Digital Ventures, said, “Everything is accelerated in this part of the business. Also, the changes in the digital landscape are happening quickly. The digital space is moving towards bold, flat colours. Also, the maximum interaction or viewability of your brand happens in your main typeface. You are being watched on screens of different shapes and sizes across the country. So, we wanted to keep a unified look and that is why we built a whole new logo around the typeface. Voot and the typeface remains the centerpiece. The entire look of our app now and website is unified now.”

Details of the other announcements by the brand:

Voot will have a bigger regional push in all segments, Voot for adults and Voot Kids. Within Voot Kids, the brand was already offering content in Hindi and English. Now, four more languages are added - Kannada, Tamil, Bangla and Marathi. Within Voot too, more regional originals will be launched in 2018. Viacom18 has already announced the launch of its regional linear channel for the Tamil Nadu market, Colors Tamil to be launched in February 2018.

About going heavy on regional, Gandhi explained, “25 per cent of Voot’s viewing happens from regional markets, where in Kannada, Marathi, Bangali and Gujarati contribute in a big way. As a network, we are also launching a Tamil service. We will also build our recommendation engine to work differently across markets.”

Voot Kids will see the launch of over 30 shows on Voot kids.

The app brand is already boasting of a fantastic growth year in 2017 and is aiming at grabbing the premium audience to pay and consume special ad free content on Voot. This means that the brand will work on freemium model where some parts of the content will be put behind the paywall. Gandhi explained how 2017 was and what prompted the confidence in introducing pay feature.

“It has been a fascinating, amazing period of growth for us. The Jio phenomenon has increased consumption of data and low data prices has helped the industry. We currently have 32 million monthly active users, about six million daily active users and time spent of about 50 minutes per user per day. We are ranked third VoD service in the country where there are over 25 such services. We are among the top services in the country on watch time per user per day, next only to Netflix. We are now streamed in 1500 cities and towns across the country. We get over 30 per cent of our users already coming from the below 10 lakh towns. We also have 350 brands onboard from 175 advertisers.”

Voot will launch its pay service by the middle of 2018. The users of the premium service will get three benefits - ad free content, international movies and series and more original shows, along with more specials on the tent-poled properties.

As on date, Voot doesn’t offer international content, but in 2018, the VoD service will have international shows and movies, outside of Colors Infinity and Comedy Central library too.

Till the time, the services try to balance between free and paid content model, the subscription revenues will always be a challenge. Why not go completely paid?

Gandhi sees a huge potential in advertising. He said, “The ad opportunity is very large in the next 4-5 years. Digital media advertising market is going to be a billion-dollar market, next only to GECs. Next year, with BARC coming in and measuring digital services and allowing people to plan for video (platform agnostic) we will see an explosion on the ad market for the big players. It is important for players like us to monetise that space because otherwise it will be left only for YouTube and Facebook.”

So, for a few more years, freemium model will stay at Voot.

Voot is trying to go into the two directions, almost simultaneously. Along with going deeper into the country with regionals, Voot has also planned an international play. Voot will try to cater to the Indian diaspora globally. Voot International will take India to the world and will provide an content and product experience including 50,000 hours of Viacom 18’s VoD library, Voot Originals, Indian kids content and linear television channels (localised for each key market). The service will start rolling out in key markets from the second quarter of 2018.

Gandhi added, “We will start with key diaspora markets like US, UK, Middle East, Australia, Canada and so on. But we also intend to take Voot to markets where Indian content is consumed significantly but in local languages like Indonesia.”

While there is so much content floating around on the internet and so many VoD and OTT services available, the viewer is getting plethora of content that he has to pick and choose from. Also, this new age user is not loyal to a certain platform. A viewer who is consuming content on Voot, might like some content from Netflix, Hotstar, Amazon Prime, Viu and so on. How many apps is he/ she supposed to download? Is there a big consolidation that the industry is waiting for? Will there be a single window system where all the apps will be available at one place?

Gandhi responded by breaking this into two parts: How can the user experience become easier to access some of the pieces without necessarily having to download? And the question about viability of business for multiple players to be in the market.

He further added, “Our project of progressive web app (PWA) where we made an app like experience for users without downloading the app is an answer to the first part of the question. We are taking that step forward next year and adding offline features to PWA. If you look at Amazon Firestick, that has pre-installed apps in one place. Discovery of content is something that everybody is working on and this is a challenge in the international markets as well. This is a changing world where you are creating destinations just like TV channels in the past.”

Explaining the viability, Gandhi added, “The second part is consolidation of business and its viability. It is an expensive business that requires serious investment of time too. But if you have long-term interest, like the telcos or media companies in India - they have the interest and strategic reason to be in this business. So the aggregators will fold and leave or consolidate. But in the next one or two years, we will see the majors building this. Parallelly, we will be solving the problem of availability and access.”