Determined to not end up in a 9-6 job, Khan had set his sights on the advertising world when he was just 15 years old. A Portfolio Night and 15 minutes later, he found himself living his dream. 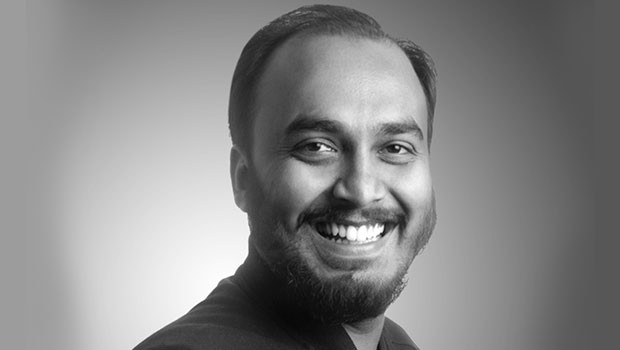 A Mumbai lad, Imran Khan was sure that he did not want to be stuck doing a 9-5 job. His father, who worked for Bhabha Atomic Research Centre, had a friend in advertising, who introduced Khan to the world of ads.

“I decided that I wanted to be in advertising when I was in the 10th standard. My father’s friend was in the advertising industry and he taught me a lot about the industry.”

“From Mumbai I moved to Pune where I joined D Y Patil College of Applied Arts and Crafts. I did my graduation from there.”

Fresh from college, Imran Khan found himself in the presence of 25 Creative Directors from the ad industry, during the ninth edition of Portfolio Night.

“25 great CDs from the industry would come to this Portfolio Night and every person who registers gets 15 minutes to present their work to three CDs. The CDs assigned to me were Ramanuj Shastry, Rajiv Rao and Pops (K V Sridhar). I was very nervous. The first person I presented to was Ramanuj Shastry and during my 15 minutes with him, he must have blown the horn of appreciation at least 10 times.”

Shastry offered him a job at Saatchi & Saatchi on the spot and Khan joined the agency in the year 2011. At Saatchi & Saatchi, where Khan was till 2013, he worked on accounts like Diageo, Skoda, Springwel, Cox and Kings, among others.

“I was the first employee at Infectious and am proud to be part of the core team.”

Khan believes that he has learnt a lot at Infectious, where he has been shouldering a lot more responsibility than he was at Saatchi & Saatchi.

“I wouldn’t say it was difficult but when I joined Infectious there wasn’t anyone above me. My time at Infectious has taught me a lot. It taught me how to take decisions on my own. The work culture here at Infectious is not about making ads but it is about actions.”

The ad fetched Saatchi and Saatchi a silver in the Corporate Advertising – Social Cause category during the 2012 Effies. The campaign also won a bronze at Creative Abby 2013.

According to Khan, the work they were doing for &TV was really challenging because he hadn’t worked for a channel before.

“I had no background about channel work. We spent days working on the layouts. They had ads for every city. It was a herculean task but it was something new for me and that was enough to keep me going.”

Khan believes that his biggest weakness is the fact that he is too emotional and his biggest strength is that he believes in polishing people.

“I learned from Ramanuj that if you give a person some work and if they have the potential, then they will be able to complete the task. So, I believe in polishing people and giving them the opportunity that they might otherwise not get.”

The fact that his job presents him with a new challenge every day is the thing he likes most about his job. In fact, he likes advertising so much that he likes to read up on the field even during his spare time.

“I follow a lot of international work and one of my negatives is also that I send mails to everyone about anything I find interesting,” laughs Khan.

Some of Khan’s works:

Good is in our DNA from Imran Khan on Vimeo.